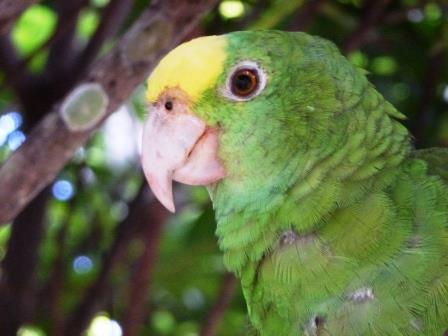 Conservationists in Belize are looking forward to a successful 2016 breeding season for the Yellow-headed Parrot in Rio Bravo Conservation and Management Area.

The Belizean Yellow-headed Parrot (Amazona oratrix belizensis) is Belize’s only endemic bird. It is a sub species of the Yellow-headed Parrot (Amazona oratrix) which is classified as Endangered on the IUCN Red List. In view of the parrot’s fragile conservation status, protection measures are a top priority for Programme for Belize (PfB), a long standing partner of World Land Trust (WLT).

WLT launched its first conservation programme in Belize in 1989, and continues to support PfB’s efforts to protect the Yellow-headed Parrot through the Keepers of the Wild programme.

At the Rancho Pine Savannah mature pine trees provide nesting cavities for the birds, and palmetto palms provide fruit for the parrots when the chicks are hatching. The parrots also feed on the fruit of the craboo tree and the wild cashew.

“We’ll do our share and make sure these birds have a place to nest and live for as long as possible here in the savannah.”
Vladimir Rodriguez, Programme for Belize

The birds are popular pets because they quickly learn to mimic human speech, but this makes them vulnerable to poaching. However, thanks to the efforts of PfB’s rangers, poaching in recent years has been kept to a minimum. And if nests and chicks are likely to be poached, PfB works with Belize Bird Rescue to rear the birds in captivity before they are ringed and returned to the wild.

The nesting season for the Yellow-headed Parrots starts in March and rangers are currently carrying out routine searches of the savannah for nest sites. In April four students will arrive at East Gate to help the rangers monitor the nests until the end of May.

Following a successful breeding season at the Rancho Pine Savannah in 2015, Vladimir is optimistic that there will be similar results in 2016. “If we can build on what we now know and have in terms of equipment, we can surely have another successful parrot season in 2016,” he said. “The idea is to maintain the level of presence and patrols. We’ll do our share and make sure these birds have a place to nest and live for as long as possible here in the savannah.” 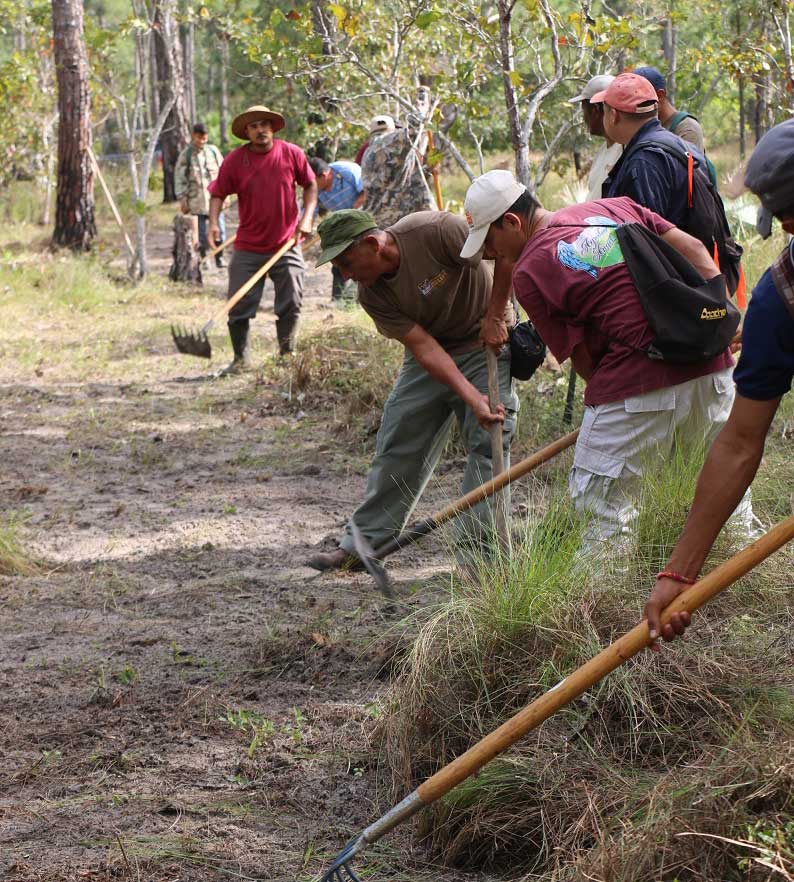 The nesting season for the Yellow-headed Parrot coincides with the beginning of the dry season and the fire season (March through to June). For this reason PfB arranged for 23 of its staff to attend a fire prevention workshop in February 2016.

The practical element of the training took place at Hill Bank Field Station’s East Gate. Among those attending were nine forestry staff and six rangers including Javier Sutherland, whose post is currently funded through WLT’s Keepers of the Wild programme in 2016.

You can support efforts to conserve the Yellow-headed Parrot by donating to WLT’s Keepers of the Wild programme.