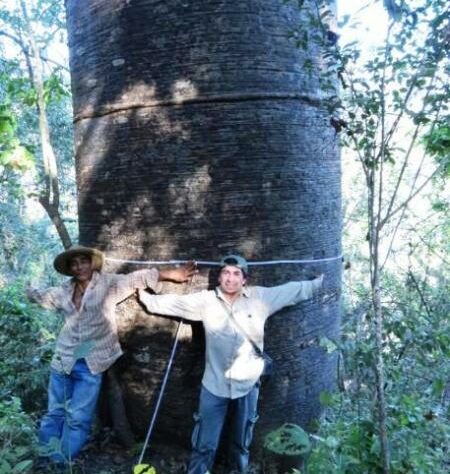 In July 2015, NCEcuador successfully negotiated and funded the purchase of 210 acres (85 hectares) of land, bringing the total area of Laipuna to nearly 5,436 acres (2,200 hectares). The newly acquired property bridges a gap between three other properties that were brought into the reserve in 2012, thanks to funding from World Land Trust (WLT).

Incorporating this latest property into the reserve was a priority because the farming operations there were putting pressure on the southern border of the reserve, and cattle were breaking in and destroying vulnerable habitat.

While preparing a carbon stock inventory for the reserve during the summer of 2015, the NCEcuador team recorded in the newly protected area two tree species not previously known to grow in the reserve. 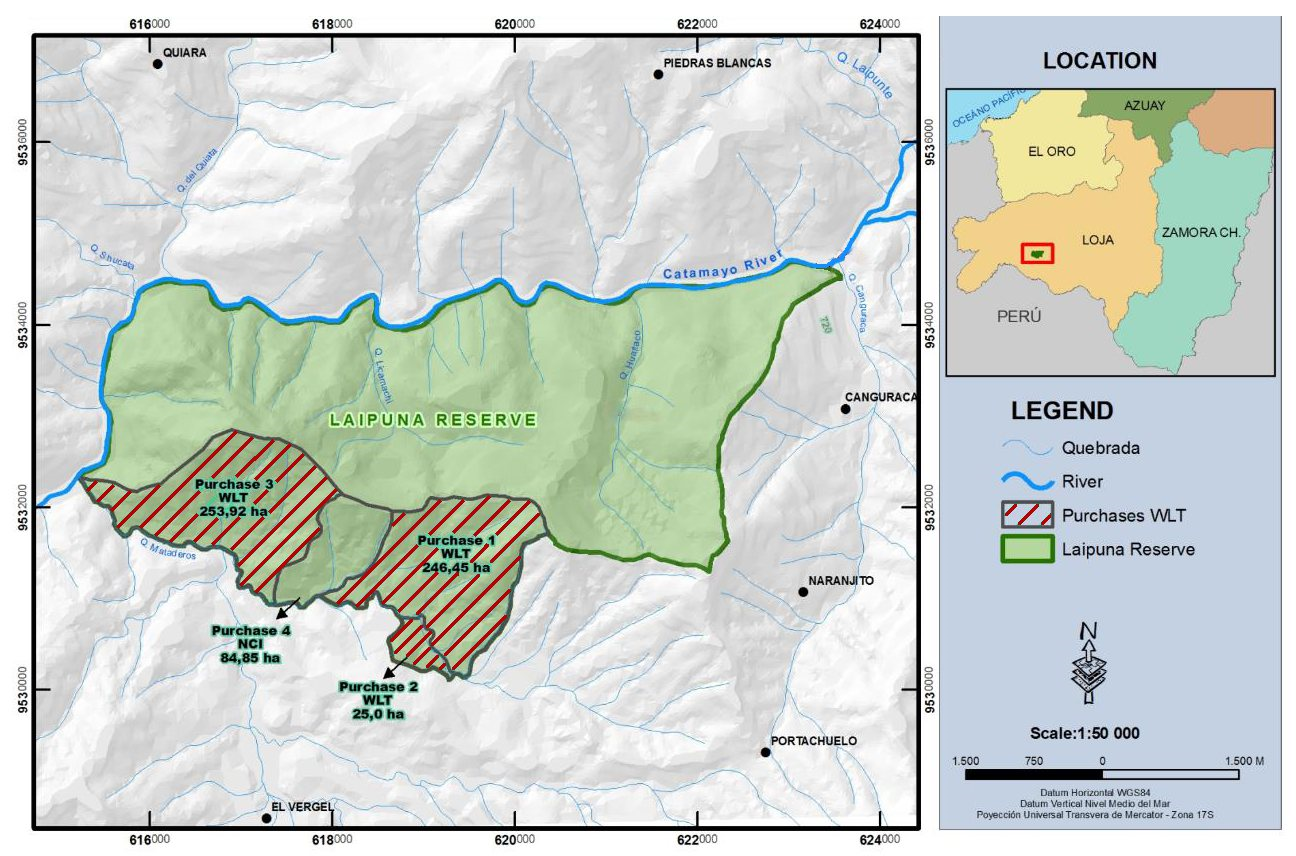 The first is Cavanillesia platanifolia, a species that has a restricted range within the Ecuadorian dry forest. Although it is found in NCEcuador’s La Ceiba and Cazaderos Reserves the species has never before been registered in Laipuna Reserve or in neighbouring forests. The discovery is even more remarkable, considering the specimen is massive (seven metres in diameter and 30 metres tall).

The second new record is a tree from the Araliaceae Family (Aralia sp). As well as being probably a new record for Ecuador, there is a possibility that it is actually a species new to science. Botanist Eduardo Cueva is completing the necessary steps to classify the species correctly.

Carbon stock sampling also indicated that the parcels of land acquired in 2012 and 2015 are slightly more humid than the rest of Laipuna Reserve, with a different forest composition.

Keeper of the Wild José Acaro took part in the tree sampling work, as did members of the neighbouring Naranjito community. The final results of this study will be published in due course.

You can support the work of rangers like José by donating to the Keepers of the Wild programme.