If you ever have cause to think that conservationists have the upper hand, read this book SEARCH NEWS 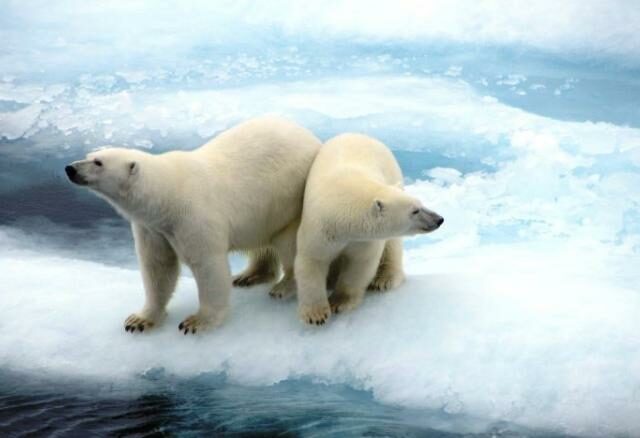 After reading Polar Bears on the Edge, Robert Burton finds that the survival of the Polar Bear is threatened as much by hunting and vested interests as it is by the retreat of the Arctic ice pack.

Although World Land Trust concentrates on conserving wildlife in warmer parts of the world, a very salutary tale from the Arctic is worth an airing. Up with the lions, tigers, elephants and whales as iconic animals and symbols of their environments, there is the Polar Bear – The Lord of the Arctic.

For more than 20 years, I made annual visits to Greenland and Ellesmere Island, Canada, which is prime Polar Bear habitat. I occasionally saw them hunting and, on rare occasions, approaching our camps. One caught me with my trousers down and fled. I am so fortunate that I had chances to watch a top predator with both of us wandering freely in its environment (although I was sometimes rather glad that polar bears are not all that abundant!).

I was, of course, aware of the threats posed to bears by the retreat of the Arctic pack ice and degradation of the marine environment but I had not realised the extent that direct action by humans – hunting – was depleting their numbers. During the 1960s, before climate change and oceanic pollution had started to threaten the world on a colossal scale, Polar Bears were being hunted indiscriminately. Then, in 1973, rather incredibly given the political divide, an agreement was reached by the Arctic nations – Canada, USA (Alaska), Norway (Svalbard), USSR and Denmark (for Greenland) – to protect Polar Bears by limiting the numbers killed. The Soviets had already banned hunting and quotas were put in place in other areas.

“Read this book and find how the battle is being lost on so many fronts even for such a charismatic megafauna as the Polar Bear.”
Robert Burton, WLT Supporter

My personal knowledge of Polar Bear protection came in Greenland where any bear that I might shoot in self-defence would need to be skinned (with my Swiss army knife!) and handed in because it came out of the local Greenlanders’ quota. And on Svalbard, where we shot a starving, very aggressive bear in our camp, we were grilled by the police to make sure we hadn’t been pretending we were threatened.

So far, OK. But I have been living in a rose tinted, cloud cuckoo land. My friend Morten Jørgensen has sent me his new book: Polar Bears on the Edge – Heading for Extinction while Management Fails. It is an eye opener. With a wealth of factual detail, Morten shows the problems facing the world’s Polar Bears. Most of all he highlights the failures to manage populations and the absurd reasoning of the managers who ‘twist the facts’.

Assessing the numbers of a solitary mammal that ranges one of the most inhospitable and inaccessible parts of the world is not easy, yet good figures are needed for management. However, as Dag Vongraven, Chair of the IUCN Polar Bear Specialist Group, wrote in 2014: ‘It is important to realize that this range (20-25,000 world population) never has been an estimate of total abundance in a scientific sense, but simply a qualified guess given to satisfy public demand.’ It is sad to see the upper limit being used to set quotas with no thought for a precautionary principle. Morten comments: ‘One of the more distasteful ways of defending the killing is re-defining reality.’ And later, he writes: ‘It is impossible to understand how the killing of perhaps 200 polar bears (through poaching etc.) can be seen as a threat, while the killing of more than 800 (through legalised hunting) is not.’

Through a combination of factual presentation and hard-hitting comments such as these, Morten can conclude: ‘The truth of the matter is that the celebrated success of 40 years of effective polar bear conservation and management is not the truth of the matter. It is a collective fantasy fuelled by an elite that abuses its mandate to protect special interest – whether it be their own or those of an allied group.’

If you ever have cause to think that conservationists have the upper hand, read this book and find how the battle is being lost on so many fronts even for such a charismatic megafauna as the Polar Bear. The saddest part is how the bear is suffering from the double think of those officials entrusted with preserving it.

I can’t do Morten’s book justice in a blog, so buy it from http://nozomojo.com/book/. Even better, get your library to buy it so more people will read it.

Robert Burton is a friend of John and Viv Burton (not a relative) and a ‘founder supporter’ of WLT. He is a natural history writer and lecturer with a special interest in the polar regions