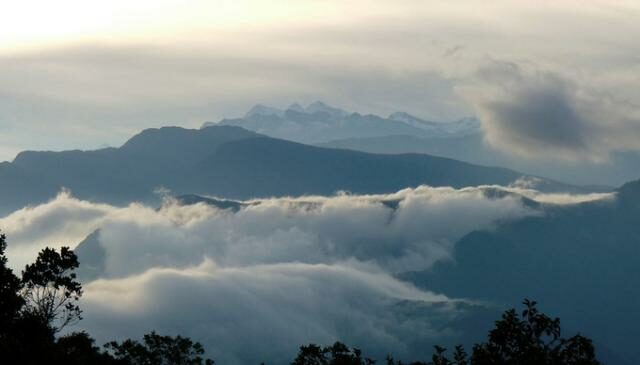 More than 26,000 acres (10,000 hectares) of threatened habitats are now safe thanks to land purchases and leases funded in 2015 by World Land Trust (WLT).

Working with its longstanding network of conservation partners, in 2015 WLT focused its land purchase efforts on Central and South America, Armenia and Malaysian Borneo.

The properties funded by WLT in 2015 range in size from a few acres in Borneo to thousands of acres in Paraguay. “Some of the land purchases and leases cover relatively small areas, but all of them are strategic – in as much as they are designed to maximise the overall conservation impact of a particular reserve or wildlife corridor,” said David Wright, WLT’s Head of Programmes.

In Honduras, WLT continued its twin track approach to tropical forest conservation in the far west of the country by funding land purchases in the core zones of Güisayote Biological Reserve and Volcán Pacayita Reserve in partnership with Asociación Ecológica de San Marcos de Ocotepeque.

In Paraguay WLT funded the purchase of more than 17,000 acres in the Paraguayan Chaco in partnership with Guyra Paraguay and with grant funding from Arcadia.

In Armenia WLT protected more than 3,000 acres (1,200 hectares) to extend the Caucasus Wildlife Refuge in partnership with Foundation for the Preservation of Wildlife and Cultural Assets.

In Malaysian Borneo, Hutan, WLT’s conservation partner in Malaysia completed the purchase of three more parcels of land in Kinabatangan with funding from the Borneo Rainforest Appeal of 2013/14.

You can help WLT save more threatened habitats by donating to the Action Fund.