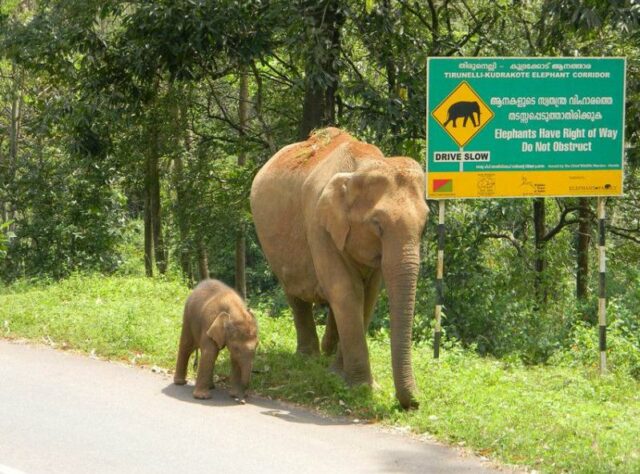 An elephant corridor supported by World Land Trust (WLT) in Kerala, India has received legal protection in a gazette notification issued by the Kerala Forest Department.

The corridor in question is Tirunelli-Kudrakote, which is now part of Wayanad Protected Area. Two other conservation charities, Elephant Family and IUCN National Committee of the Netherlands also donated funds to the initiative.

The corridor was a priority for protection because it connects elephant habitats of north Karnataka along the Brahmagiri Hills to those on the Coorg plateau.

Safeguarding wildlife corridors in a country as populous as India is a long, drawn out process that involves negotiating to purchase land owned by villagers living in the path of the corridor and providing suitable alternate housing, land and rehabilitation. Due to the number of stakeholders, corridor initiatives in India often take many years to come to completion.

Wildlife Trust of India (WTI) embarked on the Tirunelli-Kudrakote project in 2004. Working together with local villagers, WTI has now supported the relocation of 38 families from four villages lying in the corridor: Thirulakunnu, Valiyaemmadi, Kotapaddy and Pullayankolly.

A whole host of other wildlife use India’s elephant corridors. In 2013 trail cameras captured images of three healthy adult tigers in Tirunelli-Kudrakote Corridor.

WLT has been working in partnership Wildlife Trust of India (WTI) since 2003 to protect a network of wildlife corridors across India.

Donate as a gift »