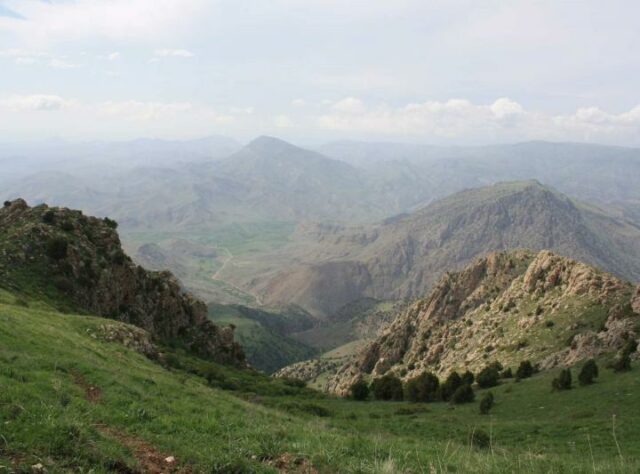 The lease has been arranged by Foundation for the Preservation of Wildlife and Cultural Assets (FPWC), WLT’s project partner in Armenia. The land has been leased from Urtsador and Lanjanist communities and lies adjacent to the Khosrov Forest State Reserve.

With these new leases, the total protected area of the CWR supported by WLT is now 4,697 acres (261 acres purchased and the rest leased).

In 2015 FPWC has strengthened its tree planting programme by using a technology never before used in Armenia.

To deal with the scarcity of water sources and the degraded soil, FPWC is using hydrogels in tree planting. These super absorbent, biodegradable gels allow the trees to be watered less frequently, without negatively impacting their wellbeing.

This technology also means that trees can be planted throughout most of the CWR, even in areas previously deemed unsuitable due to lack of water.

FPWC has planted 700 trees and shrubs using hydrogels, in addition to the 2,500 trees funded by WLT planted since 2011.

You can support conservation in Armenia by supporting WLT’s Keepers of the Wild programme.