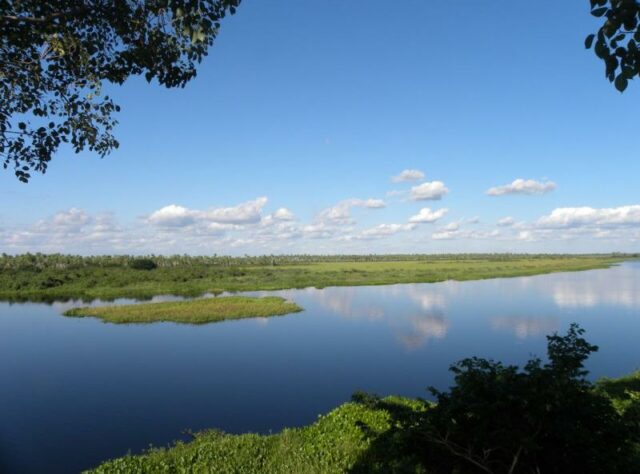 World Land Trust (WLT) is celebrating 10 years of conservation in Paraguay in partnership with Guyra Paraguay with news of a substantial new land purchase in 2015.

“In the 10th year since WLT’s first land purchase in Paraguay I am delighted to announce that in 2015 WLT has saved more than 17,000 acres of threatened habitat in the Chaco-Pantanal, in partnership with Guyra Paraguay,” said John Burton, Chief Executive.

Paraguay has one of the highest rates of deforestation in the world and the rich biodiversity of the Chaco is disappearing as threatened habitats are relentlessly cleared for livestock farming and monoculture. “This land acquisition is a beacon of hope and we are very grateful to Arcadia for providing funding to save an important area of the Chaco,” said John.

“This land acquisition is a beacon of hope.”
John Burton, Chief Executive

WLT funded the creation of the Chaco-Pantanal Reserve in 2005. In 2008 the Three Giants Biological Station opened on the reserve thanks to WLT funding, and more recently, WLT’s Paraguay Forest Conservation Project has funded the creation of purchase of Tobich Reserve, 11,725 acres (4,745 hectares) managed jointly by the local Yshir community and Guyra Paraguay.

In the Dry Chaco WLT began fundraising for the purchase of the Campo Iris Nature Reserve in 2007.

Now fully protected and recognized as private nature reserve by the Paraguayan government, Campo Iris encompasses more than 8,500 acres (3,440 hectares) of typical Dry Chaco habitat. The reserve contains the only temporal lagoon in a wide area, making it a vital resource for local wildlife, which come to drink in the reserve.

World Land Trust provides ongoing to support for conservation in Paraguay through the Keepers of the Wild programme, which enables Guyra Paraguay to employs three rangers based at Three Giants Biological Station.