Into the wilderness SEARCH NEWS 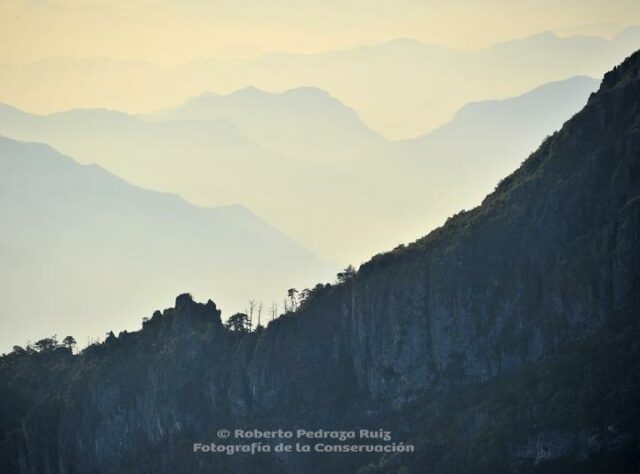 It was an early start, at 4:30am I was already enjoying a coffee in preparation for the long hike ahead. I was off to survey the north east corner of the Cerro Prieto-Cerro La Luz Reserve.

After a two hour drive, I went first to collect ranger Javier from Lagunita de San Diego, the small village where he lives.

“I do not exaggerate when I claim the area now has a different feeling: everything is recovering, free of human pressure.”
Roberto Pedraza Ruiz

Soon we were on the trail, trekking under a light drizzle. It was truly a magnificent hike, as clouds and fog were moving quickly. We collected a few wild onions for breakfast, which was an extra nice addition.

Upon entering the reserve, it was immediately clear that this is a space for wildlife. When we finally reached the small marsh in the highlands, I realised that it was the first time that I’d seen that beautiful meadow fully recovered with green shoots and new growth. It is no longer overgrazed and there are no more cattle or people wandering there for poaching or logging.

I do not exaggerate when I claim the area now has a different feeling: everything is recovering, free of human pressure.

So thanks again to WLT, keep the good work!

WLT has been supporting GESG since 2012 with donations to create and extend Cerro Prieto-Cerro La Luz Reserve.

You can help WLT fund additional land purchase in Sierra Gorda by supporting Buy an Acre.

News of extensions funded by WLT in 2015: