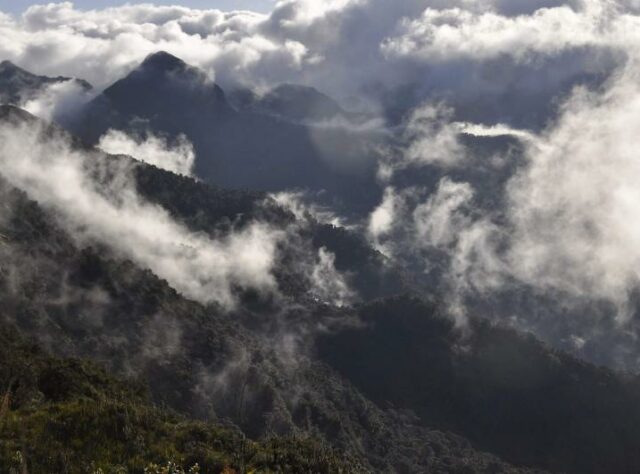 Fundación EcoMinga (EcoMinga) has purchased 2,545 acres (1,030 hectares) of forest between the National Parks of Sangay and Los Llanganates in central Ecuador.

The purchase was made possible thanks to the many donations to the Forests in the Sky Appeal, which was the focus of Big Match Fortnight 2015. In just two weeks at the beginning of October, World Land Trust (WLT) raised £280,000.

“Our 10-year-old dream of protecting a strip of forest that would connect Los Llanganates to Sangay is now within reach,” said Lou Jost, botanist and co-founder of EcoMinga.

The area now under EcoMinga’s management and protection is especially important to Lou as it is where he first discovered Teagueia orchid species.

“The unexpected evolutionary radiation of these Teagueia orchids on this and neighbouring mountains is the most remarkable thing I’ve ever found in nature,” he said. “We had protected about half the members of this radiation when we purchased Cerro Candelaria. Now we have protected the other half of the radiation.”

The two land purchases funded by WLT’s appeal protect a strip of forest all the way from the high peaks of Los Llanganates (altitude 3,400 metres above sea level) down to the north bank of the Rio Pastaza.

At the Rio Pastaza the newly purchased properties meet EcoMinga’s existing reserves of Naturetrek and Cerro Candelaria. These two reserves extend (with a few minor gaps) up to the high alpine grassland of Sangay National Park at 3,860 metres above sea level.

The main Baños-Puyo highway, which limits the possibilities for a biological corridor, goes underground through a tunnel deep below one of the plots of land purchased. “That piece of land was absolutely critical, and we are very lucky to have gotten it,” said Lou.

The strip of forest now protected is very narrow, just 200 metres wide in places, as shown in the map below. The next step is to use donations to the Forests in the Sky Appeal to fund the purchase of a larger block of cloud forest adjoining the first strip.

When the next property is secured, WLT’s donors will not only have created a resilient corridor, they will also have protected a unique cloud forest with many new endemic plant species.

Thanking all those who are supporting the appeal, John Burton, WLT Chief Executive said: “Land in the corridor has been purchased and protected within just a few weeks of the funds being raised during Big Match Fortnight. We are delighted with the early impact of the appeal and we shall continue to seek funds urgently to complete this landmark corridor.”

So far WLT supporters have raised £310,000 for the Forests in the Sky Appeal, but £190,000 is still urgently needed to purchase the plots of land necessary to complete the corridor. 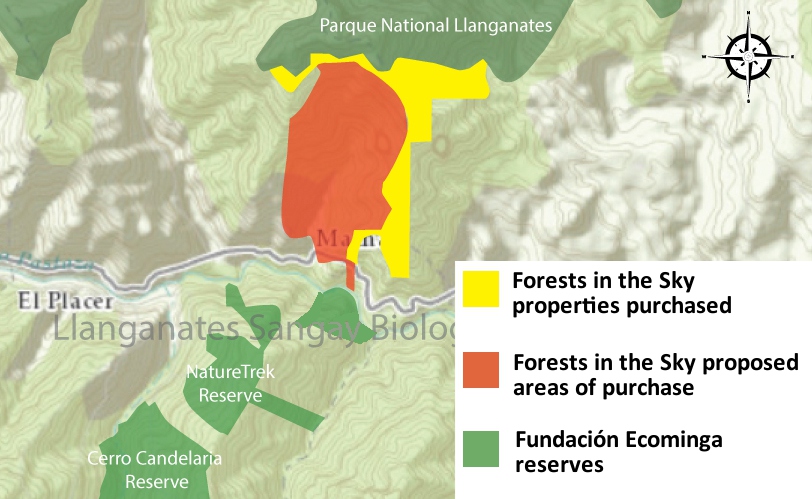