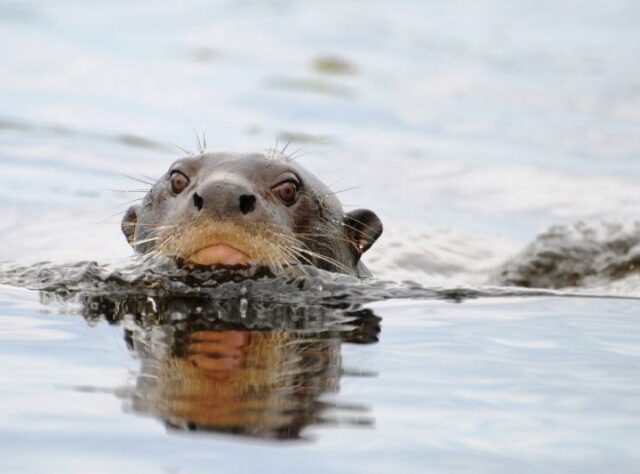 World Land Trust (WLT) has saved 17,223 acres (6,973 hectares) of threatened habitat in Paraguay as part of its long term strategy to link existing protected areas across the Chaco.

The total acreage saved is made up of three properties: two in the Chaco-Pantanal and one in the Dry Chaco. This is an area equivalent to 50 times the size of London’s Hyde Park.

The purchases were made in partnership with Guyra Paraguay, WLT’s conservation partner in Paraguay, and financed by a grant from Arcadia.

Two of the properties, Fortin Galpon and Islas del Paraiso, cover 7,413 acres (3,000 hectares) in the Chaco-Pantanal. This mosaic of swamp, savanna and dense low forest has long been a conservation target for WLT.

These two properties are located within the Chaco Biosphere Reserve, some 11 miles upriver from the Three Giants Biological Station. The properties fall within an Important Bird and Diversity Area especially for migrant wading birds and a Ramsar site (an internationally important wetland).

The new properties are strategically important because they adjoin both the Rio Negro National Park and, across the river in Bolivia, the Otuguis National Park.

The third property, Cañada del Carmen, covers 9,813 acres (3,973 hectares) in the Dry Chaco. This habitat is also a longstanding WLT conservation target. The area shares the qualities of Campo Iris, which lies to the north east. An important characteristic of both is seasonal water – a rare commodity in the Dry Chaco.

Without WLT action in partnership with Guyra Paraguay, the properties would have been sold on the open market. Once sold, the land would most likely have been cleared of vegetation and turned into cattle pasture following the common pattern of land use throughout the Chaco.

World Land Trust provides ongoing to support for conservation in Paraguay through the Keepers of the Wild programme, which enables Guyra Paraguay to employ three rangers based at Three Giants Biological Station.