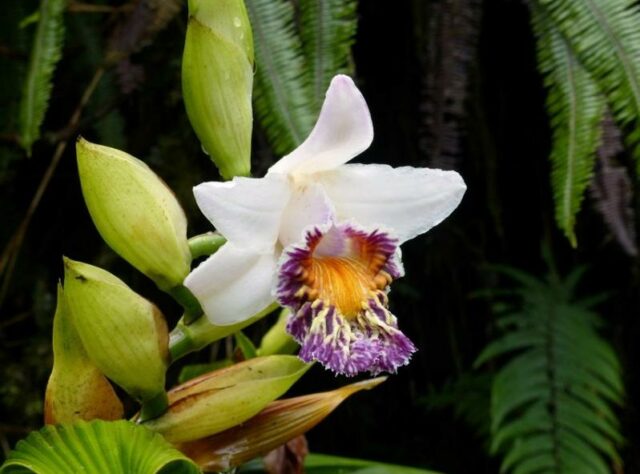 Cerro Candelaria Reserve in central Ecuador has been recognised as a protected area by the Ecuadorian government. The reserve is owned and managed by Fundación EcoMinga and supported by World Land Trust (WLT).

The registration process took seven years and survived many setbacks: on one occasion the environment ministry lost the papers.

“This is a critical achievement, which greatly increases the long term security of the reserve,” said Lou Jost, founder of EcoMinga. “Government recognition gives stronger protection against incomers and squatters. It also prohibits hunting and extraction of trees under penalty of law, which sends a much clearer signal than our simply saying ‘we don’t allow hunting and logging here’.”

WLT has been working with EcoMinga since 2007, funding purchases to extend Cerro Candelaria (and other reserves), as well as supporting tree planting and Carbon Balanced programmes.

This news coincides with WLT’s Forests in the Sky Appeal, which aims to raise £500,000 to purchase and protect 2,000 acres (800 hectares) of threatened habitat in Ecuador’s Llanganates-Sangay corridor, to the north of Cerro Candelaria.

During Big Match Fortnight, 1-15 October 2015, all donations made to the Forests in the Sky Appeal will be doubled thanks to match funding pledged in advance by a small group of generous donors.