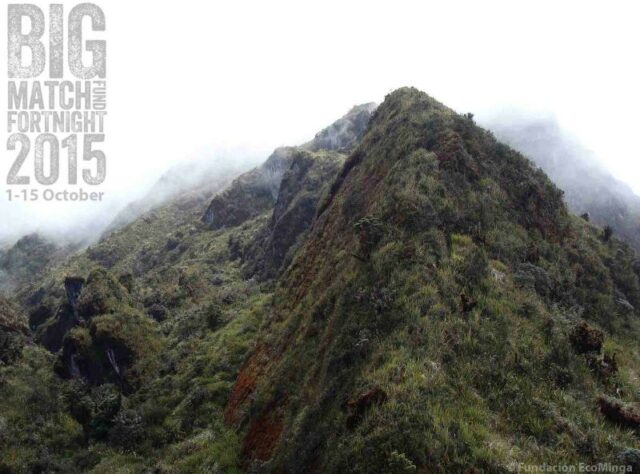 Steve Backshall, naturalist and TV presenter, has praised the generosity of everyone who donated to World Land Trust (WLT) during Big Match Fortnight 2015.

He said: “I am amazed by the support for the Forests in the Sky Appeal during Big Match Fortnight – what an achievement in just two weeks! But we still need to raise the balance and I’m hoping we can do this before Christmas. Thank you to everyone who has contributed so far.”

Steve is championing the Forests in the Sky Appeal, which aims to raise £500,000 to save a cluster of properties forming a cloud forest corridor between Sangay and Llanganates National Parks in the eastern Andes of central Ecuador.

During Big Match Fortnight 2015, the first two weeks of October, all donations to the Forests in the Sky Appeal were doubled thanks to match funding pledged in advance by a small group of generous donors.

Although Big Match Fortnight raised more than half the target amount, £220,000 is still urgently needed to save all the properties in the Forests in the Sky Corridor.

Later this year the Ecuadorian government will be considering a law to impose high taxes on land sales. If this law is passed, completing the corridor could become prohibitively expensive, posing a serious threat to the cloud forest habitat that WLT and Fundación EcoMinga are trying to protect.