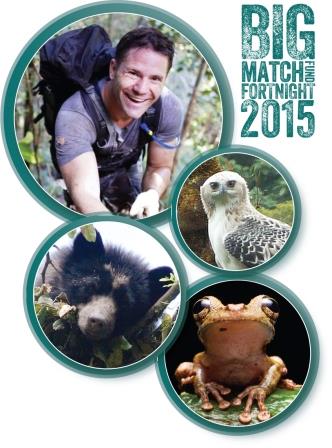 It’s been a busy week thanks to all the generous supporters who have made their donation and taken advantage of match funds during Big Match Fortnight. Half way through the fortnight more than £100,000 had been raised towards World Land Trust’s (WLT) Forests in the Sky Appeal.

WLT is urgently aiming to raise £500,000 to purchase and protect an area of cloud forest linking the national parks of Sangay and Llanganates in the Andes of central Ecuador.

This corridor will provide protected habitat for a host of threatened and endemic species, as Lou Jost, co-founder of our Ecuadorian partner Fundación EcoMinga explains: “The ‘customers’ of the corridor are Mountain Tapir, Spectacled Bear and Puma to name a few of the keystone species. Without these large mammals the whole biodiversity of this fragile ecosystem is under threat so it is vital that we protect them and their habitat.”

“WLT is delighted with the funds raised so far and we are determined to persuade lots more people to support the appeal while match funds are available so that we can realise our aim to protect this biological corridor in its entirety,” said John Burton, WLT Chief Executive.

Now is the time

WLT has been supporting Fundación EcoMinga since 2007, working in partnership to purchase and protect some of South America’s most threatened and biodiverse habitat, acre by acre. But it could become less easy in the future, as Lou Jost reports: “In December of this year, the President of Ecuador will resubmit to Congress a law establishing very high capital gains taxes for large land sales. If this law is passed, prices for large lots will double or triple, making the corridor economically very difficult to complete.”

During 1-15 October 2015 all donations made to World Land Trust’s Forests in the Sky Appeal will be doubled thanks to match funding pledged in advance by a small group of generous donors.