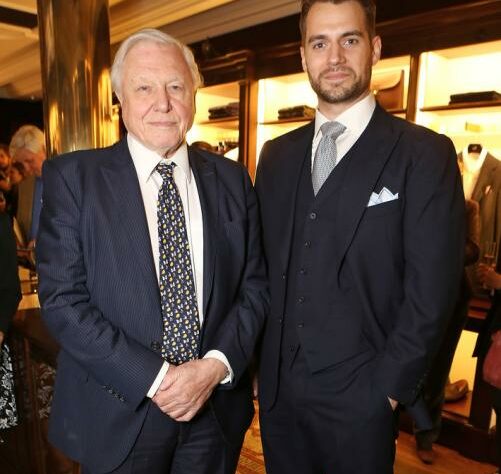 Sir David Attenborough describes the micro orchids of Ecuador as a great treasure of the natural world in a film shown for the first time at Dunhill London’s Bourdon House in Mayfair on 22 September 2015.

The film was made by Jonny Lu and Jeremy Valender to showcase the work of World Land Trust (WLT) and its conservation partner in Ecuador, Fundación EcoMinga (EcoMinga).

The film Orchids of Baños focuses on micro orchids, some of the tiniest plant species on Earth, which are found high in the Andean cloud forests of central Ecuador.

Ecuador is home to an ever growing list of threatened and endemic plant species that exist nowhere else on Earth. The film captures the passion of the people wanting to protect the cloud forests, it demonstrates why the forests are special from an evolutionary perspective and it illustrates the beauty of these tiny orchids.

EcoMinga is led by the visionary Lou Jost, a world renowned botanist, conservationist, photographer and artist. The film follows Lou’s work in the mountains, where he has discovered 10 orchid species new to science and endemic to the cloud forests.

Since 2007, World Land Trust has been funding EcoMinga to purchase forest habitat, bit by bit, acre by acre, to create nature reserves to secure the future of known species – and those yet to be discovered.

Superman actor Henry Cavill, models David Gandy and Lily Cole, Brooklyn Beckham (eldest son of David and Victoria Beckham) and radio DJ Nick Grimshaw were among the guests attending the premiere at Bourdon House, a magnificent Georgian mansion that is home to Dunhill London. WLT is very grateful to Dunhill for making Bourdon House available for the reception and film screening.

During the evening Lou gave an illustrated talk about his work and Rohini Finch, a WLT Trustee, encouraged guests to consider how personal wealth can be used philanthropically to ensure a lasting environmental legacy. Long-time WLT corporate supporter Enterprise Plants provided a spectacular orchid display to accompany the event.

Also launched at the event was an initiative to raise funds to support the conservation of the Andean cloud forests of central Ecuador and others like it. Following in the tradition of naming newly discovered species after the sponsors of expeditions, WLT is offering to name 10 recently discovered orchids after people who have made generous donations of £10,000 or more.

The orchids were discovered in the forests of the eastern Andes of central Ecuador by Lou and his students. “I can’t think of a more appropriate way to name an orchid nowadays, than to name it after a person who donates to protect the very area where the orchids live,” said Lou, to launch the fundraising initiative.

Raising funds through orchid naming is part of WLT’s effort in 2015 to raise money to protect and conserve one of the most fragile and unique environments in the world.

To register your interest in donating to name an orchid, please contact:
Vivien Burton at World Land Trust on +44 (0) 1986 874422 or vburton@worldlandtrust.org.

To find out more about the orchids and to see images, visit www.wlt-orchids.com.

Donors of £10 or more using the donate button below will be automatically entered into a lottery to win the right to name an orchid. The lottery will close on 15 December 2015 at 12:00 or when donations reach £20,000, whichever comes first. Lottery terms and conditions »

The Name an Orchid lottery is now closed.