Endangered parrots reintroduced to the wild in Belize SEARCH NEWS 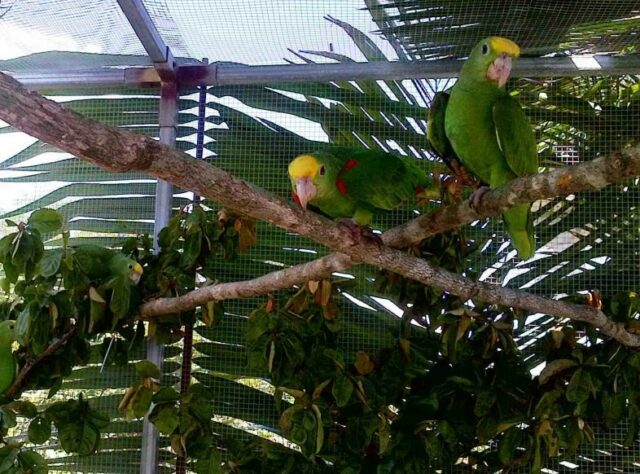 Classified by IUCN as Endangered, the Yellow-headed Parrot is native to Belize, Guatemala and Mexico, but populations are in rapid decline. In Belize, the species is hunted and persecuted for damaging crops and it is also a victim of the illicit pet trade.

The parrot chicks were first discovered by Keeper of the Wild Milgar Molina, while he was climbing trees to inspect nests. The chicks were at risk of being poached and for their own safety PfB staff removed them from the nest, working in partnership with Belize Bird Rescue (BBR).

From April until early September BBR staff cared for the young parrots. Prior to their release, the young birds were moved to a flight cage at East Gate, near Hill Bank Field Station, to familiarise them with the surrounding area.

Doors to the enclosure are closed at night to protect the parrots from potential predators. During the day, the doors are open to allow the parrots to explore, with the aim of them joining one of the wild flocks in the reserve.

PfB offered particular thanks to BBR staff. “This successful release could not have been accomplished without their assistance,” said Vladimir Rodriguez, Manager of Hill Bank Field Station. 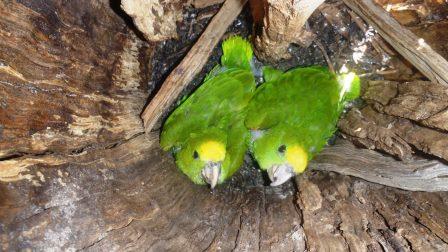 The pine savannah of north western Belize provides prime nesting habitat for the Belizean Yellow-headed Parrot, the country’s only endemic …