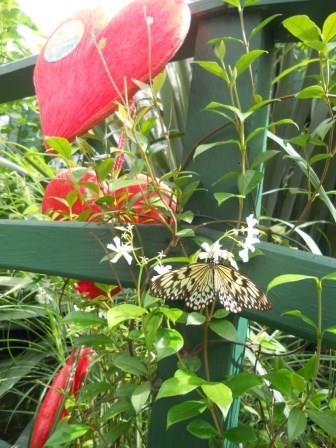 Tropical World has donated £1,600 to BIAZA Buy an Acre, a joint fundraising initiative of World Land Trust (WLT) and the British & Irish Association of Zoos and Aquariums (BIAZA).

The funds will go towards the purchase of El Pantanoso, a property covering more than 10,000 acres (4,400 hectares) in the Yungas forest of northern Argentina.

Tropical World has been a member of BIAZA since 2013. In 2014 Tropical World donated to BIAZA Buy an Acre in Mexico and by the end of the year, BIAZA members together had raised more than £23,000 to save 23 acres of threatened habitat in Sierra Gorda, central Mexico.

A popular tourist attraction, Tropical World consists of a tropical butterfly house and mini zoo at Alcorn’s Flower and Garden Centre in Donegal, Ireland.  Besides butterflies, the collection includes Cotton-top Tamarins (classified as Critically Endangered by IUCN), as well as lemurs, owls, meerkats, parrots and many other tropical birds and reptiles.