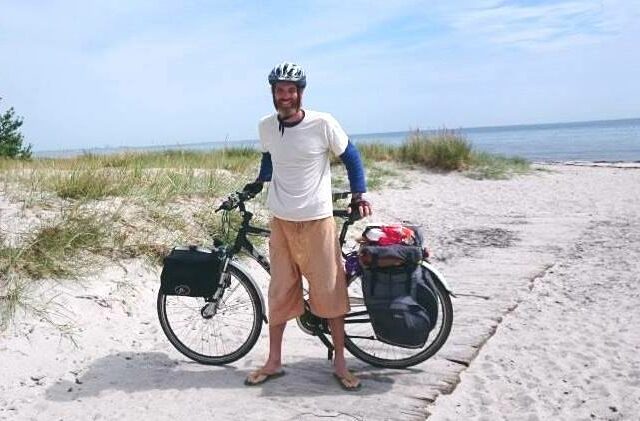 In July George Christofis set off on his cycle trip from Barcelona in Spain to Copenhagen in Denmark, a distance of around 1,300 miles.

The date of the start of the trip – 6 July 2015 – was particularly significant because it coincided with the birthday of George’s mother who passed away almost five years ago. “She was a strong supporter of environmental causes, and I dedicate this mission to her memory,” said George.

Congratulations to George, who reached Copenhagen on 5 August 2015 and raised more than £1,400.

Lewis wanted to set himself a personal challenge, and raise money for charity at the same time. He aims to complete his journey in Los Angeles at the end of September 2015.

A conservation and biodiversity student, Lewis said about raising funds for WLT: “Any money given is greatly appreciated, as this charity does great work for endangered ecosystems and habitats globally.”

Find out more about how you can become an individual fundraiser »