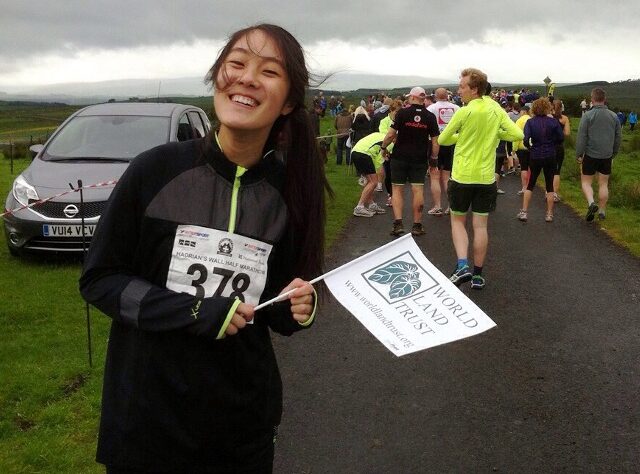 Zoe is a former volunteer at Shepreth Wildlife Park, which has been supporting WLT since 2008. Her love of animals is one of the driving factors in her fundraising efforts.

Zoe spoke about why she chose WLT. “I have chosen to support World Land Trust because of their work in helping establish an important nature reserve to conserve this forest – REGUA. The reserve is very close to Rio de Janeiro and the heart of much development, making it a key area to protect.”

The Atlantic forest is considerably less well known than the Amazon rainforest and is found mostly on the east coast of Brazil. Only 7 per cent of the original Atlantic forest remains, but despite this it still yields an astonishing level of biodiversity. Approximately 40 per cent of its vascular plants and more than half of its vertebrates are endemic, not found anywhere else in the world.

Deforestation is a serious threat facing the Atlantic forest, partly due to coffee and soya bean production and cattle ranching, as well as illegal logging.

Zoe has raised £335 so far and her fundraising total has been bolstered by donations from her fellow employees at KPMG.

Are you looking for a challenge in 2015? WLT website has plenty of tips for individual fundraisers who want to go out of their way to raise funds for the Trust.

You can sponsor Zoe on her JustGiving page »