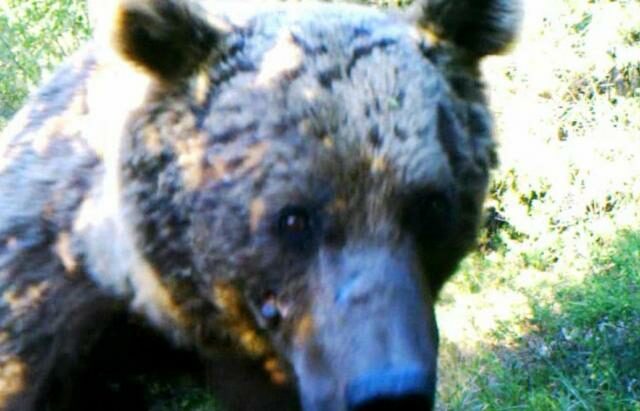 World Land Trust (WLT) has received endearing footage of a young Syrian Brown Bear in Armenia’s Caucasus Wildlife Refuge, thanks to Armenian partner Foundation for the Preservation of Wildlife and Cultural Assets (FPWC).

There are as few as 150 Syrian Brown Bears surviving in Armenia, so any images or video obtained is a welcome sign. The footage was captured on trail cameras, which were installed with WLT funding. Camera traps are an excellent way to monitor species behaviour and population numbers.

Syrian Brown Bears (Ursus arctos syriacus) are listed as Vulnerable in Red Data Book of Armenia, and there may only be two or three bears living in the reserve.

The main threats facing the Syrian Brown Bear are habitat loss from agriculture, mining and quarrying, as well as conflict with local farmers due to bears damaging bee hives and orchards. The Caucasus Wildlife Refuge offers the bears an area free from conflict, where their habitat is protected.

The Caucasus Wildlife Refuge is home to a wealth of biodiversity, including the Bearded Vulture (Gypaetus barbatus), Bezoar Goat (Capra aegagrus) and the Caucasian Leopard (Panthera pardus saxicolor), which is classified as Endangered by IUCN.

Two areas of mountain habitat were recently purchased to extend the reserve thanks to funding from WLT and further land leases are also in process.

WLT funds the work of four rangers in the Caucasus Wildlife Refuge You can support conservation in Armenia by donating to WLT’s Keepers of the Wild programme.