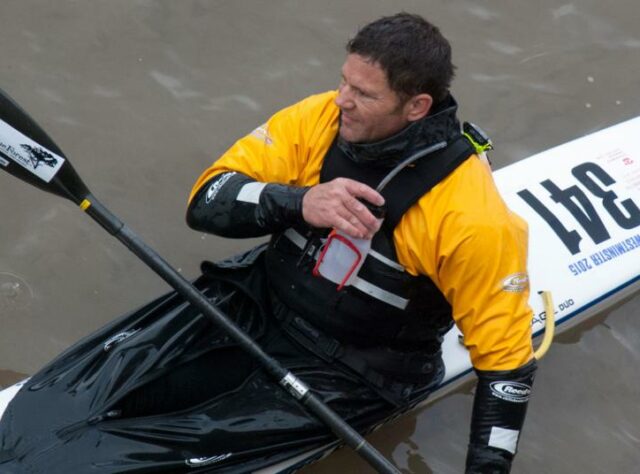 Television presenter Steve Backshall has thanked World Land Trust (WLT) in a video about the Devizes to Westminster (DW) kayak race and his commitment to saving an area of rainforest in Colombia.

Speaking about his motivation for taking part in the event, Steve said:  “I do a lot of endurance races, a lot of big expeditions that have a very physical element to them, but this time round we were doing it for a real cause.”

The other member of Steve’s kayak team was George Barnicoat, who was raising funds for the charity Yellow Submarine. The race didn’t go as smoothly as planned, with the pair suffering three rudder wire breakages before the halfway point of the 24 hour race. This caused setbacks, but they powered through the night, finishing in 23 hours and 17 minutes.

Steve expressed his thanks to WLT for their support: “To everyone at World Land Trust, all I have to say is that you have been absolutely extraordinary, we have managed to do something tangible to try and save a big chunk of rainforest and a lot of that is down to you guys.”

Meanwhile, negotiations are ongoing regarding the acquisition of a suitable area of Colombian rainforest.

Steve is taking part in Camp Bestival, a family friendly music festival in Dorset, appearing on the main stage to talk about his exciting animal encounters. WLT will have a pitch at the festival.

You can still sponsor Steve on his JustGiving page.