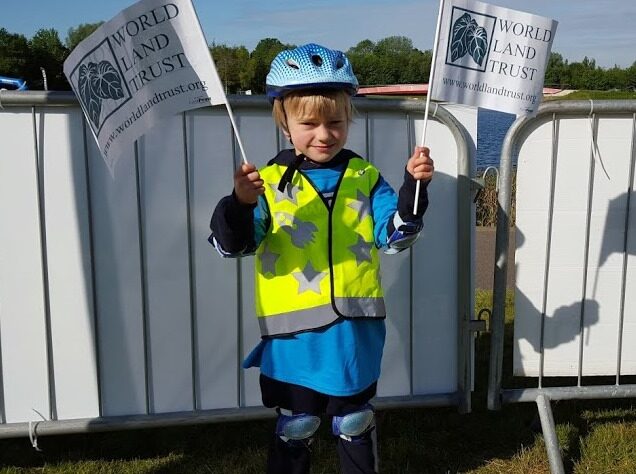 Five year old William Herrington-Young has taken part in a Scootathlon to raise money for World Land Trust (WLT).  He was joined at the event on 24 May by his twin sister Miranda.

The twins were entered the children into the Scootathlon, which is a 390 metre scoot, a 390 metre bike, and a 250 metre run, by their mum, Ellie Herrington.

Both William and Miranda love WLT Patron Sir David Attenborough, and it was this that inspired William to raise funds for WLT. “Miranda is a little put out about this as she possibly loves Attenborough more, but I made them choose different charities,” said Ellie.

William was very nervous about the cycling section of the race, as he had only learned to cycle two weeks before the event. Both he and Miranda finished the course and received a medal.

“Everyone had so much fun at the Scootathlon that they can’t wait to do another one,” said Ellie after the event.

William raised £69 for WLT; find out more about how you can become an individual fundraiser »