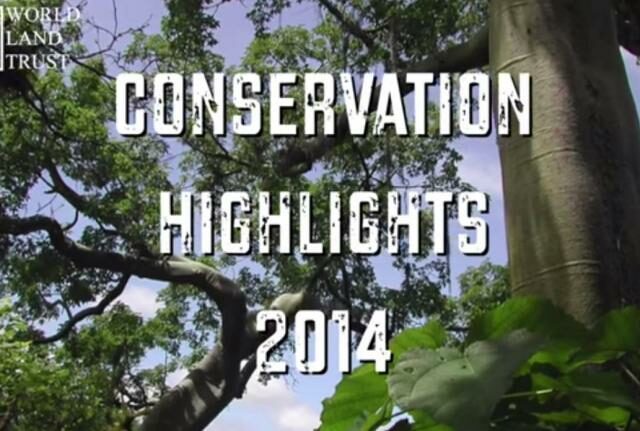 World Land Trust (WLT) has released a video of 2014 conservation highlights. The film was shown at a reception following the Trust’s Annual General Meeting on 25 June 2015.

At the end of the year, WLT launched an appeal to raise funds to purchase a 10,000 acre property (4,400 hectares) in the Yungas forest of northern Argentina.

In addition to land purchases, the film illustrates other conservation initiatives funded by World Land Trust: reforestation; reducing emissions from deforestation and forest degradation (REDD+); carbon offsetting (Carbon Balanced) ; and a ranger programme for the protection and monitoring of reserves (Keepers of the Wild).

During 2014 WLT formed two new partnerships – with the Iranian Cheetah Society and Naturaleza y Cultura Peru – and added seven rangers to the Keepers of the Wild programme.

The film also highlights field trips made by WLT staff to monitor and develop projects, and to strengthen partnerships.

Find out about WLT’s supporter achievements in 2014 »