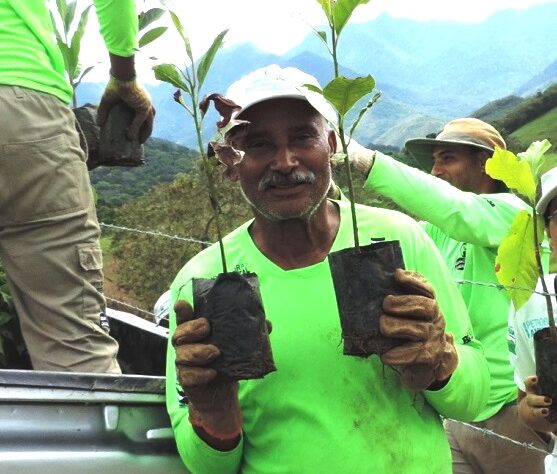 Rangers Antonio Teixeira Nunes and Messias Gomes da Silva are the backbone of much of the fieldwork carried out in Guapi Assu Reserve in Brazil’s Atlantic forest. Messias also has a role in negotiating strategic land acquisitions.

The reserve is owned and managed by Reserva Ecológica de Guapi Assu (REGUA) and Antonio’s work is currently funded by the Keepers of the Wild programme of World Land Trust (WLT).

As well as working in practical conservation, Messias plays a key role in community relations. One area of Guapi Assu that he knows well is Lagoinha because his great grandfather owned the property before selling it to a local banana grower in the 1950s.

After the new owner died, the farm was occupied by people cultivating bananas. Over time these families acquired occupational rights and the farm was subdivided into many smaller properties.

When REGUA started its work in 2001, it was clear that Lagoinha was a place where conflict between conservation and community was likely. The original property forms an important corridor between two forests on the mountainside, but it also provides a livelihood for the farming families living there.

Recognising that acquiring properties in Lagoinha would mean turning people away from their traditional way of life, at first REGUA did not seek to buy up properties on the site. However, Brazil’s recent prosperity, coupled with the depletion of the land’s fertility, means that local people are losing interest in farming. As a result, REGUA has stepped in to buy the Lagoinha properties before developers move in.

Acquiring small parcels of privately owned land needs extensive investigation, mapping and diplomacy so as not to offend those not yet ready to sell. Messias is key to negotiations: not only does he have a particular fondness for the land, but he knows all the current owners.

Messias has been gradually gaining the trust of the landowners. This has enabled REGUA to negotiate land purchases in the area. Subject to funds being available, REGUA plans to continue slowly acquiring properties to consolidate the original farm and to incorporate it into the main reserve.

Messias is based in an area east of the REGUA reserve, an important corridor, linking the National Primatology Centre with REGUA. His time is spent principally in maintaining the paths in Lagoinha and the area of REGUA known as the BIAZA Reserve (it was purchased with funds raised by the British and Irish Association of Zoos and Aquariums in partnership with WLT between 2007 and 2010).

Antonio Teixeira Nunes has been working with REGUA for the past 15 years. His work is focused on the area known as the Matumbo Gap, an unprotected area near to REGUA and close to the middle of Três Picos National Park in the Serra dos Órgãos mountains.

Antonio grew up in this area. His grandfather owned a property that was divided between his heirs and today he has a house there which he shares with his wife and youngest son.

Before becoming a ranger his work involved clearing the forest for plantations and he was a formidable hunter. But, his employment at REGUA gave him a change of heart. Today, on his patrols through the 15 properties that make up this important corridor, when Antonio comes across a hunting platform he dismantles it, and rather than killing snakes (a traditional practice), he catalogues them.

Instead of cutting down trees, Antonio now spends his days planting them. He helped plant the trees at REGUA that were funded by WLT’s Plant a Tree programme. He also collects seeds for REGUA’s tree nursery and is especially proud of the seedlings that will go on to form the forests of the future. “I hope the trees that I plant today are a way of compensating for the errors of my past,” he explains.

The work carried out by Antonio at REGUA is funded by the Keepers of the Wild programme. 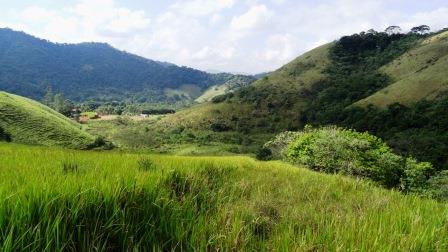 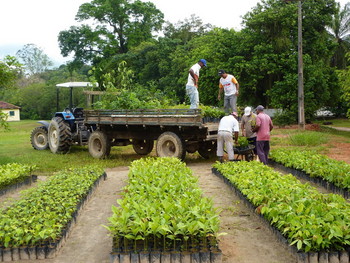