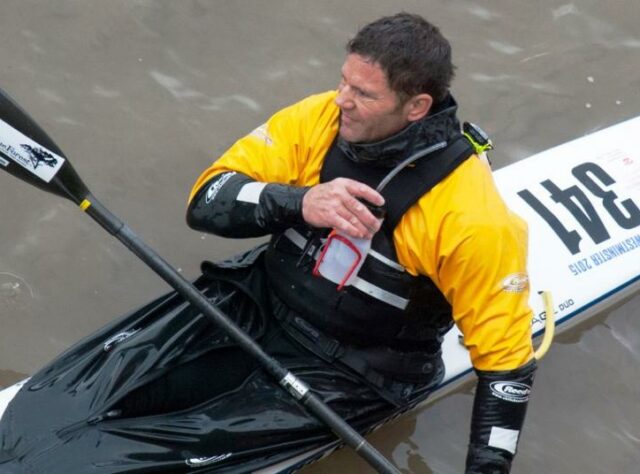 Steve Backshall is closing in on his dream target of raising £50,000 for World Land Trust (WLT).

On 4 April 2015 Steve took part in the Devizes to Westminster kayak race, completing the 125 mile course with fellow paddler George Barnicoat in 23 hours and 17 minutes.

So far Steve has raised over £45,000 with help from match funding from a WLT Council member (£15,000) and Maidenhead Aquatics (£7,500). Luxury tree house design and construction company Blue Forest donated £2,000 to support the campaign.

Steve described the highs and lows of the race: “The race this year was uncommonly brutal. A fierce headwind on the canal slowed us to a snail’s pace, and each hour seemed to take an eternity. The night time though was a blessing; velvet flat black waters, with the trees silhouetted in the moonlight. We cruised past lit riverside houses where the people inside were sat watching telly, unaware of the madness passing outside their windows.”

Still to be added to the already impressive total on Steve’s fundraising page is £1,335 raised from the auction of 17 of his T-shirts. These one of a kind wildlife themed shirts were all personally signed by Steve, and will be dispatched to their new owners with a signed photograph of Steve.

There is still time to donate to Steve’s fundraising campaign and help him reach the all important £50,000 mark. The funds will go towards protecting threatened rainforest in Colombia.