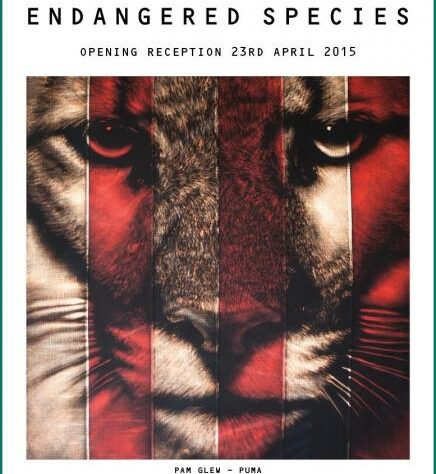 An exhibition featuring endangered species has opened  at the My Art Invest (MYA) Gallery in Shoreditch, in collaboration with World Land Trust (WLT).

The exhibition features work by artists from around the world. Each artist has chosen a single threatened species as the subject and the gallery is filled with images of Puma, Monarch Butterfly, Tree Kangaroo and other creatures.

Almost a quarter of all mammals and a third of amphibians face extinction. The show draws attention to factors causing species decline, and highlights action to protect endangered creatures.

WLT has provided photographs and information about the species and their habitats.

For each piece sold, MYA Gallery will donate 10 per cent of the proceeds to WLT.

The Endangered Species Act 1973, which was brought in to prevent the extinction of animals at risk, was co-written by WLT’s Honorary President and co-founder Dr Gerard Bertrand.