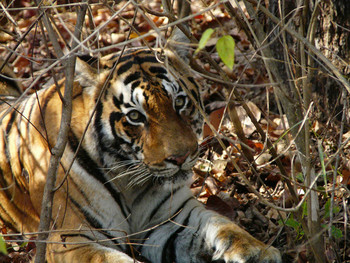 World Land Trust (WLT) is marking World Wildlife Day on 3 March 2015 with an appeal to the public to save wildlife and threatened habitats before it is too late.

John Burton, WLT Chief Executive, said: “On World Wildlife Day, World Land Trust calls on the public to act now to halt the shocking decline in wildlife populations and the horrific escalation in wildlife crime. If you value wildlife, biodiversity and the future of the planet, now is the time for action.”

Since its founding in 1989 WLT has been working with an international network of conservation partners to protect the world’s most biologically important habitats and their species. Today the Trust has active conservation projects in more than 20 countries across four continents.

WLT Patron Sir David Attenborough endorses the Trust’ approach to wildlife conservation. He said: “If you want to save Jaguars and hummingbirds, the only way to do so is to save the places where they live. So if you care about the natural world and want to support it, I would suggest there is no better way of doing so than helping the World Land Trust to protect these endangered environments.”

WLT is urging the public to take action for wildlife on World Wildlife Day by supporting one of the following initiatives.

Time is running out for big cats in the wild and species such as Bengal Tiger, Jaguar and Puma are at risk.

World Land Trust is currently putting the spotlight on feline predators with a major appeal to raise funds to save habitat for big cats. A donation to WLT’s Big Cat Appeal will help keep big cats safe in the wild.

Forest saved thanks to Buy an Acre. © Roberto Pedraza.

Save an acre of wilderness

WLT funds land purchase to create nature reserves in areas where biodiversity and species are at risk. In the past 25 years, donations to WLT’s Buy an Acre fund have helped save habitat in Belize, Bolivia, Colombia, Ecuador, Guatemala and Mexico.

WLT raises funds for its network of conservation partners to employ and equip rangers to protect some of the most threatened habitats on Earth.

A ranger’s work can be as dangerous as it is rewarding and rangers supported by WLT have found themselves confronting illegal loggers and armed poachers during their routine patrols through the reserves.

Wildlife rangers are on the front line in tackling wildlife crime. © WLT.

WLT is currently seeking donations to fund a network of more than 20 rangers for the next five years.