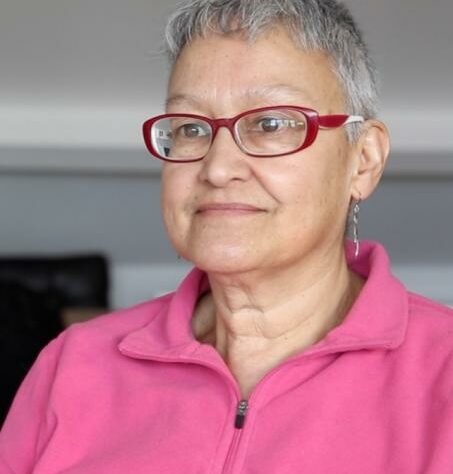 WLT supporter Kamila Zahno has generously agreed to be the public face of the legacy fundraising campaign of World Land Trust (WLT). To launch the campaign WLT has released a short film about Kamila and her reasons for leaving a bequest.

Under the direction of freelance film maker Claire Whittenbury, four students from City College, Norwich helped make the film. Southwold was the location and the interview was carried out by Christina Ballinger, WLT’s Senior Editor. After the recording Kamila visited WLT’s office in Halesworth to meet staff and to learn more about the Trust’s work.

WLT staff have been moved by Kamila’s honesty and the unflinching way in which she describes her future. The film, Kamila’s Story, is a moving tribute to someone determined to live life to the full and to leave a lasting legacy.

Kamila’s relationship with WLT began in the autumn of 2014 when she contacted the Trust with a view to making a bequest. In December she was a guest at the Trust’s Christmas party where she agreed to feature in a film about the value of legacies for conservation.

“Kamila has gone out of her way to back WLT’s legacy campaign and we are enormously grateful to her for commitment and support,” said John Burton, WLT Chief Executive.

Click here to watch a longer version of Kamila’s Story »

Why leave a legacy to WLT?

As Kamila says in the film, writing a will is easy, despite it being something many of us put off doing. She decided to leave money to her family and to charity and she made sure that her family knew of her plans.

She told us: “Writing a will is something that I can do now that will avoid complications after my death. I have kept my family informed and they are happy with my decision to leave a legacy to three charities including World Land Trust.”

Kamila was first motivated to leave money to WLT because of the Trust’s connection with Sir David Attenborough, a Patron of the Trust since 2003.

On meeting staff and getting to know more about the Trust she was pleased to learn about WLT’s holistic approach to conservation. During her career Kamila worked with the community and voluntary sector, and she approves of the social dimension of the Trust’s work. She said: “World Land Trust isn’t just about land. It isn’t just about wildlife. It’s about the whole – which does include people as well.”

Kamila is clearly inspired by the prospect that her legacy will save land in perpetuity: “I love the idea that there will be a little part of me in South America and that my spirit will live on.”

She is also animated at the thought of what a relatively modest legacy can achieve: “For small charities like WLT, a small amount of money can achieve a lot. For example £5,000 will keep a ranger in post for a year, while £50,000 will save 500 acres. I am really excited to think what my legacy can do, and how much forest it will save!’

Kamila also likes WLT’s collaborative approach and the fact that she was able to talk at length to WLT’s Chief Executive and to discuss with him how she would like her legacy spent.

Kamila is enjoying getting to know more about WLT and is using social media to publicise the Trust’s activities. She has also made a donation to WLT’s Keepers of the Wild programme to support a ranger for a year.

Find out more about leaving a legacy to WLT »