Here’s something rather different SEARCH NEWS 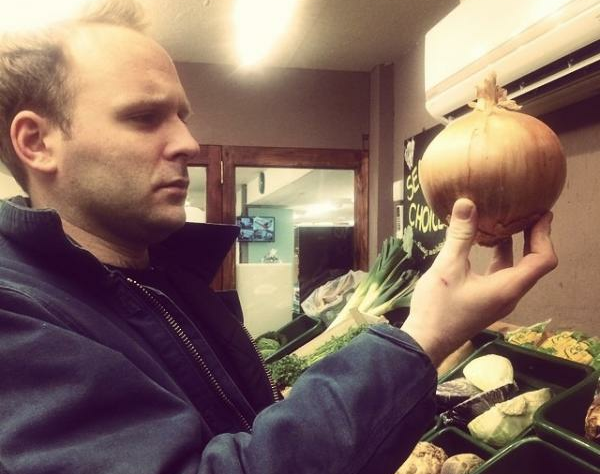 This is the second in a series of recipe blogs written by Tom for World Land Trust (WLT) during Meat Free Week (23-29 March 2015).

Having extolled the virtues of a trusty British pie in yesterday’s blog, here’s something rather different.

The good thing about borrowing vegetarian recipes from other cultures (especially across the Mediterranean) is the wealth of recipes that just happen to be meat free. Whether from the negative reason of poverty (they just couldn’t afford meat) or the positive one of abundance (the vegetables are so good that they don’t need meat), there are plenty of recipes which look elsewhere for their focus. Of these, the most purely vegetarian tend to come from Muslim countries. (The Italians and especially the Spanish can’t resist sneaking pork products into everything.)

This is a really good recipe to make in big batches and keep in the fridge, for brunches or suppers or whenever you feel like it.

The spicing here is solidly Turkish, but you’ll find versions of this dish all over the place – just alter the herbs and seasonings. Cumin and coriander will take you further east, thyme and vinegar back west. Express yourself.

Get a good slosh of olive oil hot in a large saucepan and add all the veg with a good pinch of salt, stirring around to coat.

Cook on a high heat, stirring often, until the peppers start to give up their juices, and the onions tinge brown around the edges. A bit of char here and there is all to the good, so don’t fret about it catching.

Lower the heat a little and let the veg sweat and collapse.

Stir in the tomato puree and fry for a couple of minutes, then add all the spices. Let these cook until the paprika loses its raw edge, and add the tinned tomatoes, squashing them with the back of a spoon.

Stew for at least an hour, preferably more, until thick, reduced, and intense. Stir in the fresh herbs.

You have a few options here. You could scramble beaten eggs through your stew, which is quick and easy. Or, alternatively, you can heat portions in individual pans, or one big dish, carefully crack in eggs (two per person makes a good brunch), and bake in a medium oven until the whites are just set.

Timing depends on the depth of pan, and the thickness of your stew – it should take about 15 minutes, but keep an eye on it. Or have it on the side with poached eggs and sautéed greens… whichever you choose, tart dairy makes a good companion – try seasoned yoghurt or crumbled feta.

The rest will keep well in the fridge, under a layer of oil. As well as future brunches, it can be pressed into service as a (brazenly inauthentic) pasta sauce or pizza base, used as a cold relish… a very useful recipe.

Mauricio Noqueira, ‘o pai das florestas plantadas’ – ‘father of the planted forests’, holds one of the half a million …