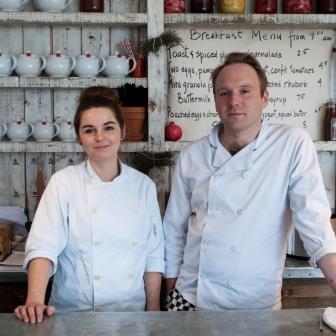 Chef Lola Demille is backing the campaign with a special menu for the week because she is keen to highlight the impact eating too much meat has on human health, animal welfare and the environment.

She told us: “It’s undeniable most of us eat too much meat. By bringing fresh garden veg to the fore, and with careful use of quality ingredients, we hope to show that reducing your meat consumption needn’t be such a hardship.”

For every Meat Free Week dish of the day served, the café will donate £1 to WLT, which is based nearby in Halesworth.

Meat Free Week was founded in Australia and launches in the UK in 2015. The campaign aims to encourage people to consider all aspects of meat production and consumption including human health, animal welfare and environmental impact.

Anyone can sign up for the Meat Free Week challenge to go without meat and seafood, for seven days. By asking friends and family to sponsor the challenge, supporters of Meat Free Week are raising money for three UK charities – Beating Bowel Cancer, Compassion in World Farming and World Land Trust.