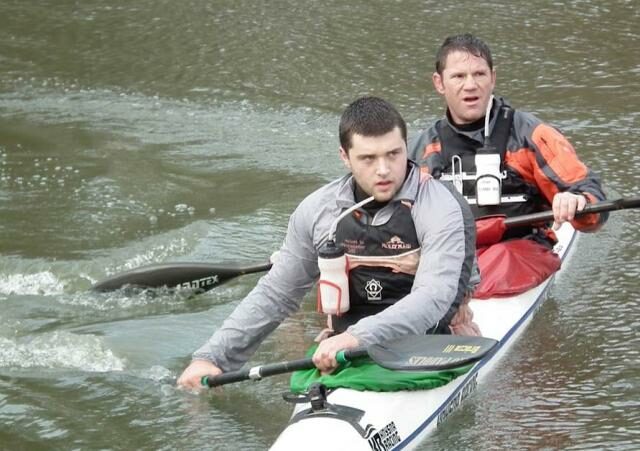 A campaign by well known wildlife expert Steve Backshall to raise funds for World Land Trust (WLT) has hit the £20,000 mark thanks to the generosity of donors and a commitment by a WLT Council member to match the first £10,000 of donations.

Steve is attempting one of the toughest challenges in the calendar, the annual Devizes to Westminster International Canoe Race, in aid of WLT.

Funds raised will be used to purchase and protect Colombian rainforest to safeguard it from exploitation. As a wildlife expert and adventurer, Steve is passionate about conservation and protecting the rainforest is close to his heart.

Planning to race the 125 mile course in roughly 20 hours, Steve is following a rigorous training schedule, including some sessions after dark.

Just before a recent night time training session, Steve thanked his supporters. He said: “I wanted to take this opportunity to thank everyone who has sponsored us and is supporting us on our grand expedition. Thank you so much, particularly to the council member at World Land Trust who has agreed to match our sponsorship.”

Steve and fellow paddler George Barnicoat will be taking part in the race on 4 April, finishing in the early hours of the following morning. Steve is posting regular progress reports on his Facebook page.

WLT is inviting people to tweet their support for Steve with an image of themselves holding a kayak paddle, using the hashtag #kayak4forests.

If you have an image of yourself either on the water or off it, in a canoe, kayak or rowing boat, ideally holding a paddle, please tweet it with your message and the hashtag #kayak4forests.