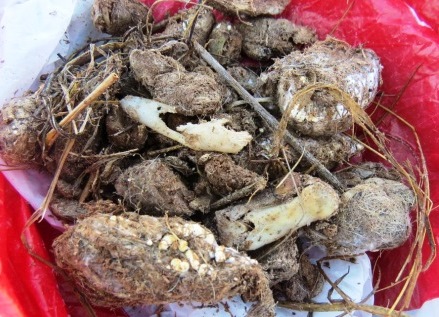 Ranger Manuk Manukyan, a World Land Trust Keeper of the Wild, reports on wildlife sightings in the Caucasus Wildlife Refuge.

At the beginning of August I undertook a field trip to the Urtsadzor mountains to set up the trail cameras and make sure everything is working properly.

During this trip I made an exciting discovery. I found animal faeces which I’m sure originate from the Caucasian Leopard.

Months before, in early March, I was able to detect the leopard’s paw print on fresh snow. These two findings provide tangible evidence that the leopard that we recorded in summer 2013 with our camera traps is still in our area.

The Caucasian Leopard isn’t the only wild cat that we are recording in the Caucasus Wildlife Refuge. We recently had footage of a Caucasian Lynx (Lynx lynx dinniki), quite a rare species in the South Caucasian Mountains.

There are almost no studies on smaller and medium sized felines in Armenia and there is no information about Lynx lynx dinniki in the Red Book of Armenia.

All lynxes inhabiting Europe and Asia have recently been reclassified as being subspecies of what is now called the Eurasian Lynx (Lynx lynx). (Formerly, each subspecies was classified as a different species of the genus Lynx.)

I’m sure that the lynx on our footage can be identified as a Caucasian Lynx as this subspecies has some very characteristic features. The animal is bigger and heavier than the other subspecies and the fur has many clearly distinctive spots.

The Caucasus Wildlife Refuge is owned and managed by the Foundation for the Preservation of Wildlife and Cultural Assets (FPWC), a WLT partner.

You can support ongoing monitoring of wild cats in the Caucasus Wildlife Refuge by donating to WLT’s Action Fund and earmarking your donation for “Armenia” or by donating to Keepers of the Wild.