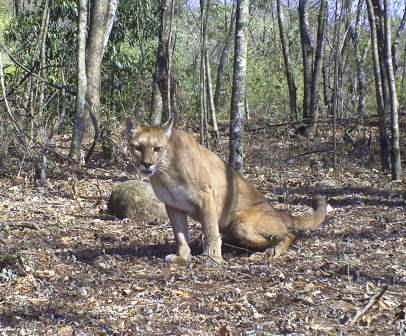 An outline three year plan for conservation was approved by Trustees and Council members of World Land Trust (WLT) at their quarterly meeting in December.

The plan was put forward by WLT’s Conservation Programmes team, under the direction of Head of Programmes, David Wright. The detail of the plan was drawn up following a period of consultation with the Trust’s conservation partners who submitted three year proposals in October.

Enshrined in the plan are aspirations to save for conservation 358,900 acres (145,000 hectares) over the next three years in a combination of land purchase, land lease, management agreements and the leverage of designated protected areas.

One of the headline land purchases planned for the period is the acquisition of El Pantanoso, a property in the Southern Andean Yungas ecoregion, which is threatened by escalating deforestation.

Measuring 10,000 acres (4,400 hectares), El Pantanoso is an important habitat for big cats, such as Jaguar (Panthera onca) and Puma (Puma concolor), and other threatened species such as Lowland Tapir (Tapirus terrestris). Working in partnership with Fundación Biodiversidad-Argentina (FBA), WLT is currently raising funds to save El Pantanoso through the Big Cat Appeal.

At the meeting on 4 December 2014, the Trustees also approved WLT’s budget for 2015. Nicola Davies, a former Ambassador, was co-opted as a new Trustee and Mark Gruin, who has a long association with the Trust, was appointed a new Council member.

A report of the Council meeting will be published on WLT’s website in due course.

A forum, also held on 4 December, brought together a number of WLT Ambassadors and corporate supporters to discuss ways to keep WLT’s  profile high in 2015.

Viv Burton, WLT’s Head of Communications, chaired the meeting. She thanked everyone for their ongoing support and invited them to share their plans and ideas to promote WLT to new donors. Several innovative proposals were discussed and WLT’s Communications team are looking forward to helping put them into action in 2015.

WLT has strong partnerships with the private sector and corporate supporters now provide some 70 per cent of WLT’s income.

“It is essential that we continue to attract new supporters from the private sector, so that World Land Trust can continue its work to save the world’s most biologically important and most threatened ecosystems,” said Viv.

“Liaising with the private sector is one of the most enjoyable aspects of my work,” she continued. “WLT’s corporate supporters are genuinely interested in and committed to World Land Trust and we have developed – and continue to develop – some really great partnerships. It is a testament to their engagement that many of our corporate partners donate to WLT year after year.”