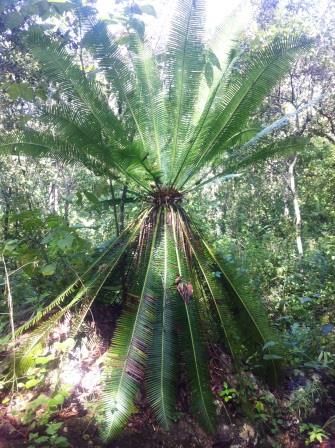 Members of the British & Irish Association of Zoos & Aquariums (BIAZA) have successfully met their target to raise £20,000 to purchase and protect biologically important habitat in Mexico’s mountainous Sierra Gorda region.

World Land Trust (WLT) has been supporting BIAZA’s fundraising efforts in partnership with Grupo Ecológico Sierra Gorda (GESG), WLT’s conservation partner in Mexico. To date the total raised for BIAZA Buy an Acre is more than £23,000.

“We are delighted that members of BIAZA have managed to raise more than £23,000 towards land purchase in Mexico. Our thanks to everyone who played their part,” said Kelly Jacobs, WLT’s Project Manager for BIAZA Buy an Acre.

WLT’s partnership projects with BIAZA are designed so that members can sponsor significant in situ conservation by working together towards a shared goal. BIAZA Buy an Acre was launched in February 2014 with an initial target of £10,000. When £10,000 was raised within six months, the target was doubled.

Joint fundraising for a common objective is a simple and effective way to fundraise, explains Kelly. “Although donations from individual members may be relatively small, together they add up to a great result. In less than a year, to have raised funds to save 230 acres in Sierra Gorda is a great achievement,” she said.

More than a dozen BIAZA members directly raised funds for the BIAZA Buy an Acre campaign. Many more contributed indirectly through the sales of Drink Natural bottled drinks. The corporate sponsor of the project, Drink Natural made donations according to the volume of products sold by BIAZA members in their cafes and restaurants.

WLT has been working with BIAZA since 2006, and this is the first time that funds have been allocated to a conservation project in Mexico. The campaign is providing BIAZA members with an excellent opportunity to demonstrate the link between species in their own collections and those in the wilds of Mexico.

To support the campaign, BIAZA staff raised funds to buy a trail camera to record wildlife in Sierra Gorda. In mid November, the BIAZA camera captured an image of a Jaguar at night.

Members who donated to BIAZA Buy an Acre in 2014

We are also grateful to the following individual and corporate donors who have supported the appeal: Ken Sims, Bryan Carroll, Chris Redston, the team from Blackpool Zoo and Drink Natural.

Proceeds from prize draws at two BIAZA conferences in 2014 have also been donated to BIAZA Buy an Acre.