“Future generations will look back and say why didn’t you do anything?” SEARCH NEWS 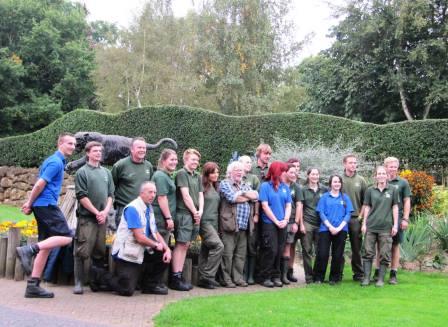 Banham Zoo has been supporting WLT for about seven years. During that time Banham has donated some £14,000 to WLT’s partnership conservation projects with British & Irish Association of Zoos and Aquariums (BIAZA).

As Mike explains, WLT’s approach to conservation, which involves purchasing and protecting large areas of land, is very effective: “The purchase of land is a fantastic concept in terms of conservation because you preserve all the species that inhabit that area not just one,” he said. “It is important sometimes to have a flagship species [the tiger, for example]. But if you preserve their habitat, that habitat preserves all the animals in it.”

Relatively few people are aware of the rate of habitat loss and the scale of the destruction of the natural world, and zoos such as Banham have a key role in educating the public about the urgent need for conservation.

Mike argues that animals that we see in the zoo are ambassadors for their wild counterparts and that the prospect of doing nothing to save the wild world is too awful to contemplate: “It’s a horrifying thought that in a hundred years’ time – if we don’t do anything – some of these species are not going to be here. It’s a horrible legacy to leave to future generations. They will look back and say why didn’t you do anything?”