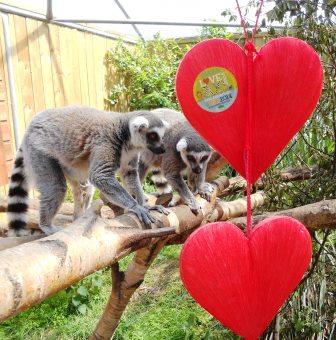 Alcorn’s Tropical World in County Donegal, Ireland, has donated in the region of £1,700 to BIAZA Buy an Acre, an initiative to raise funds to purchase and protect land in Mexico’s Sierra Gorda.

World Land Trust (WLT) is managing BIAZA Buy an Acre in partnership with the British and Irish Association of Zoos and Aquariums (BIAZA), and so far BIAZA member collections have raised more than £17,000 towards a target of £20,000.

Alcorn’s Tropical World raised funds for BIAZA Buy an Acre during Love Your Zoo week earlier in the year. During the week, Alcorn’s donated half of all admission fees to the campaign. Staff also took the opportunity to put up posters around the collection informing visitors of the important conservation work carried out by BIAZA and WLT.

Alcorn’s Head Keeper Tanya Jacob explains: “We are not a huge collection but we are delighted to feel part of a bigger community of organisations who by working together can really make a difference.”

Alcorn’s Tropical World became a provisional member of BIAZA in 2013 and this is Alcorn’s first major fundraising effort for BIAZA.

Alcorn’s is home to a range of birds, mammals, reptiles and insects. In the collection are Cotton-top Tamarins (Saguinus oedipus), which are registered by IUCN as critically endangered in the wild. Cotton-top tamarins are found only in a small area of northwest Colombia, where WLT supports a reserve that protects Cotton-top Tamarins and other endangered primates.

In terms of support for local conservation, Tropical World works alongside the North East Donegal Squirrel Project to help record distribution of Red and Grey Squirrels in Donegal. North East Donegal holds one of the last native Red Squirrel populations in Ireland, but they are under threat from the Grey Squirrel, an introduced rodent from North America.

BIAZA’s Buy an Acre campaign was launched in February 2014 by WLT and BIAZA to raise funds to purchase and protect habitat and species in Sierra Gorda Biosphere Reserve in Central Mexico. Funds raised have been used to secure the purchase of Las Arenitas Reserve.

World Land Trust’s Wild Spaces Programme gives zoos, aquariums and their associations the opportunity to support conservation in the wild. If you would like to know more about how your zoo can become involved with Wild Spaces please contact WLT for more information.