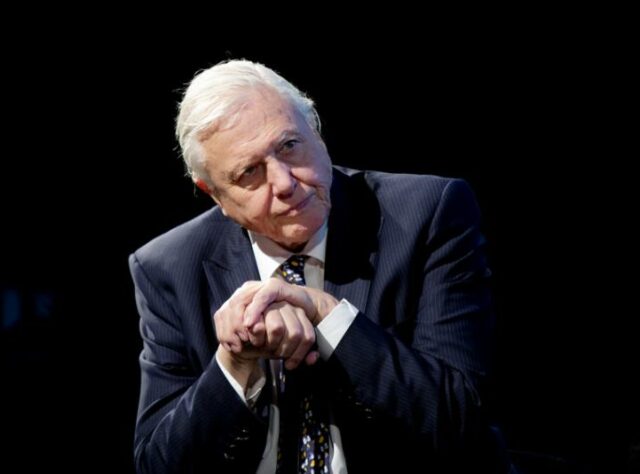 The tremendous support that Sir David Attenborough gives World Land Trust(WLT) has always been a source of inspiration.

Not only is he absolutely committed to the cause of conservation, but he is also tireless in communicating his passion for the natural world. His new series Life Story, which starts tomorrow evening on BBC2, promises to be another milestone in his exceptional curriculum vitae.

I first got to know Sir David when I was running the Fauna Preservation Society (FPS), which was to become the Fauna and Flora Preservation Society, and is now Fauna and Flora International. As Sir David points out in a lecture he gave in 2012 entitled Biodiversity and Business: The Cost of Life on Earth, in the late 1970s when he was making Life on Earth the emphasis was on conserving species rather than habitats.

It was after David had filmed the gorilla sequence for Life on Earth that he contacted me at FPS about the terrible news that the gorilla known as Digit had been killed by poachers.

As a result, FPS launched the Mountain Gorilla Project in 1979, which in 1991 morphed into the International Gorilla Conservation Programme. The programme still continues, and numbers of Mountain Gorillas continue to increase. Just as important, ‘gorilla tourism’ is now a significant generator of income in Rwanda and elsewhere. But, as important, this contact with Sir David was to have a major impact on the formation of World Land Trust.

Not only did David Attenborough give us his support when we launched our first project 1989, the Programme for Belize, but so too did Christopher Parsons, the producer of Life on Earth and one of the giants of natural history TV. Chris became a very active Trustee of World Land Trust, until his untimely death.

John Sparks was the producer of the Life on Earth episode that featured gorilla; he remains an active supporter of WLT. One of the early managers of the Mountain Gorilla Project in Rwanda was Roger Wilson, who went on to become the Technical Advisor to the Programme for Belize, and is currently WLT’s Senior Conservationist working on Special Projects – such as the carbon offsetting programme in the Chaco.

Leaving aside WLT, gorillas were the starting point for much subsequent in situ conservation activity not least because it was clear from the outset of the Mountain Gorilla Project that captive breeding of gorillas was not a solution to their declining numbers.

In fact Jon Barzdo (now working for the CITES secretariat, but at that time working with me at TRAFFIC International) and I were criticised by the zoo world when we pointed out that a fraction of the costs of maintaining gorillas in captivity would probably secure the future for Rwanda’s remaining gorillas.

Times have changed since then and the zoo world has moved on. Now recognising that landscape conservation is essential for the preservation of species, the British and Irish Association of Zoos and Aquariums (BIAZA) now supports habitat conservation through World Land Trust’s Wild Spaces programme.

But, to return to that first conversation that I had with Sir David about gorillas: it marked the dawning of my realisation that habitat conservation was the absolute priority. And that’s why we founded World Land Trust.