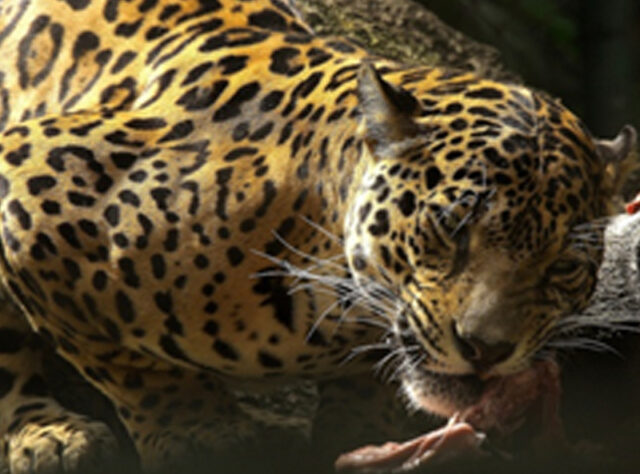 Another remnant of Colombia’s threatened Chocó Rainforest has now been saved thanks to joint funding from World Land Trust (WLT) and Rainforest Trust (RT).

The hot tropical rainforests of the Chocó are home to an extraordinary diversity of species which protect large mammals such as Jaguar. With more than 200 mammal species, 600 bird species and 220 reptile and amphibian species, it is estimated that about 25 per cent of all these species of animals and plants are only found in the Chocó.

Since 2008, WLT has been supporting Fundación ProAves (ProAves), the Trust’s conservation partner in Colombia, to purchase Chocó habitats. Creating reserves in the ecoregion is a priority because the tropical forests are under constant threat from development, gold-mining, unsustainable timber extraction and the unfettered exploitation of natural resources.

The recent purchase is on the banks of the Atrato river and close to national public lands and indigenous reserves. The property, between 260 and 400 metres above sea level, is comprised of large areas of tropical rainforest with high rainfall and humidity. It is near Las Tangaras Reserve, which WLT has been supporting for some years.

In completing this recent purchase in Carmen de Atrato, ProAves has added another 1,772 acres (717 hectares) to its existing reserves in the Chocó. The new reserve is named Lora Carirosada after the Rose-Faced Parrot (Pyrilia pulchra).

ProAves has also moved one step closer to realising its vision of a larger protected area of some 346,000 acres (140,000 hectares) on the western flank of the Cordillera Oriental in the Colombian Andes – a vision that involves linking up its own reserves, public lands and indigenous reserves within a larger Regional Natural Park. 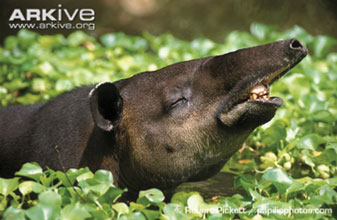 This property links a proposed regional park with the Embera indigenous territory, where ProAves is keen to maintain the community aspect to its conservation work by expanding its outreach to include the Embera communities neighbouring the new reserve area.

Baird’s Tapir (Tapirus bairdii) (right), are the largest of the American tapirs. Originally found in the swamps and forests of central and northern South America numbers are severely depleted and there are thought to be only around 250 individuals surviving in Colombia; they are classified by IUCN as Endangered throughout their range. Baird’s Tapir is one of the key mammal species that the new reserve area will protect.

More than 140 species of birds have also been recorded here, among which are seven endangered and 13 endemic species, including the Great Green Macaw (Ara ambiguous), Baudo Guan (Penelope ortoni), Chocó Tinamou (Crypturellus kerriae) and the Chocó Woodpecker (Veniliornis chocoensis). 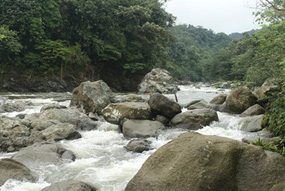 The recent land purchase is on the banks of the Atrato river which rises in the slopes of the western cordillera and flows north through the Chocó to the Gulf of Darién.

WLT is raising funds to protect more habitat for big cats such as the Jaguar. By supporting the WLT’s Big Cat Appeal you can help secure land and fund rangers for the survival of big cat species.

Other ways to donate

Donate by text
You can also donate by texting from your mobile phone. For example, if you’d like to donate £5, text BCSA14 £5 to 70070. The maximum donation by text at any one time is £10. 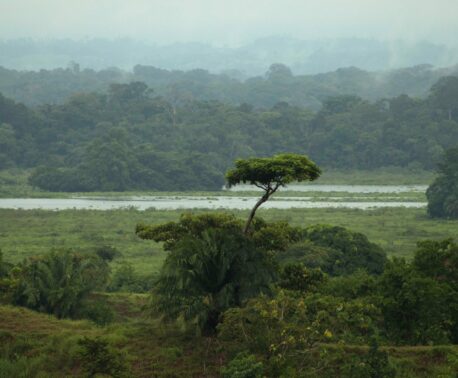 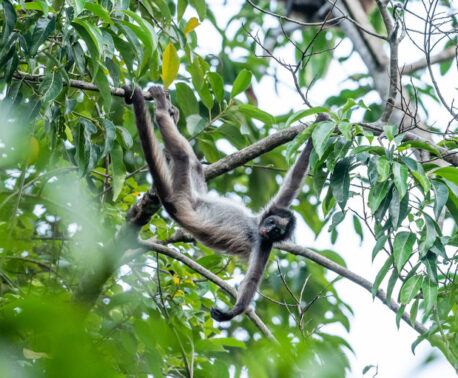