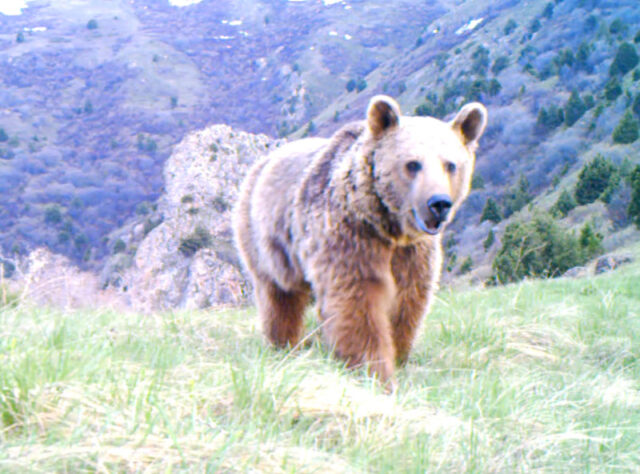 To mark its 25th anniversary World Land Trust (WLT) is launching a new, international competition for trail camera images in association with The Times newspaper.

“We are delighted to announce the World Land Trust International Trail Camera Competition in association with The Times,” said John Burton, WLT Chief Executive. The competition will celebrate the extraordinary wildlife images captured by trail cameras in remote parts of the world. Prizes have been sponsored by Enterprise Plants, a longstanding supporter of the Trust.

Trail cameras do not involve expensive technology, nor do they cause any disturbance to wildlife, but the pictures recorded can have a tremendous scientific significance. “Such a simple piece of equipment, such profound results,” said John.

“All the skill is in the location: in the camera-trapper’s ability to read the environment and understand his target species,” explains Simon Barnes, WLT Council member and a member of the competition judging panel.

“The random masterpiece is the everyday stuff of the camera-trap. ”
Simon Barnes, WLT Council member

“The random masterpiece is the everyday stuff of the camera-trap,” he continues. “If you can put together an arcane combination of the trapper’s skill and knowledge, the light, the time of the day, the animal’s mood and immediate requirements and of course,  the most glorious and dumbest of luck, you will end up with a photograph that a human snapper would sell his soul for.”

World Land Trust International Trail Camera Competition 2014 is open to entries from organisations primarily concerned with conservation of wildlife and the environment. The competition has four categories, three for still pictures and one for moving pictures.

Each of the winning entries of the four categories will win a prize of £2,000 towards their wildlife conservation project. The overall winner will collect an additional £3,000, making the top prize £5,000.