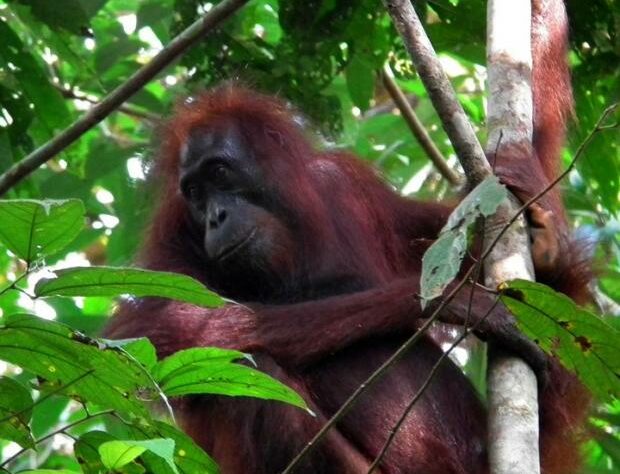 World Land Trust (WLT) has received a donation of £15,000 from a long term supporter to be used for land protection in Malaysian Borneo.

Earlier in the year we reached our million pound target for the purchase and protection of land in Keruak Corridor. This latest, generous donation will go towards our next Bornean rainforest fundraising effort, scheduled for launch in 2015.

The plight of Orang-utans and Pygmy Elephants in Borneo is a cause that is very close to many of our supporters’ hearts and funds are still urgently needed to widen the corridor and protect more priority wildlife habitat in Kinabatangan.

“The Keruak Corridor project is one of those places in the world where if we didn’t do something today, it would be gone tomorrow, leaving a priority population of Bornean Orang-utans victim to the devastating effects of habitat fragmentation,” said Mary McEvoy, WLT’s Conservation Manager (Asia and Africa Regions.

WLT’s mission is to support overseas project partners to purchase threatened habitat and prevent the collapse of ecosystems. In Malaysian Borneo WLT works with Hutan, an NGO dedicated to saving habitat for Orang-utans.

“WLT is very proud of what the Borneo Rainforest Appeal has achieved so far and inspired by the tireless work of Hutan to protect more land in the Kinabatangan landscape,” said Mary.

International Orang-utan Day takes place annually on 19 August with the intention of encouraging the public to take action in preserving this iconic species.