An unforgettable experience in an extraordinary forest SEARCH NEWS 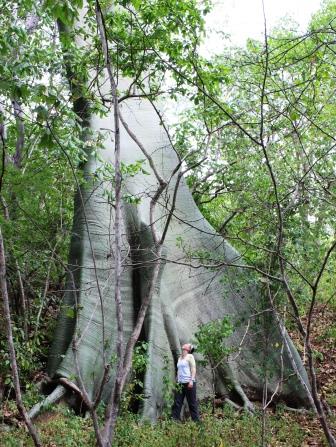 Earlier in the year two members of staff from Chessington World of Adventures (CWA) travelled to Cazaderos Reserve to see for themselves the conservation work that CWA supports in partnership with World Land Trust (WLT). Lisa Britton, Primate Supervisor, describes their adventures.

Through Chessington Conservation Fund (CCF), Chessington World of Adventures Resort has been supporting Cazaderos Reserve in south west Ecuador since 2012. The reserve is owned and managed by Naturaleza y Cultura Ecuador (NCEcuador), one of WLT’s programme partners in Ecuador.

In 2014, Chessington decided to fund a field trip to get a better understanding of NCEcuador’s conservation work. Following a stringent selection process, I was one of two members of staff lucky enough to be chosen to represent Chessington in Ecuador. This was an amazing opportunity and I was incredibly excited to be visiting Cazaderos.

In the weeks leading up to my departure, I researched the area, the other reserves that NCEcuador supports, and the main threats to these habitats, to gain a better understanding of the area I was going to visit. and then it was time to depart! We boarded the flight, barely able to contain our excitement. The prospect of visiting Ecuador and experiencing its mega diversity was becoming a reality.

The journey didn’t go without a hitch. We missed the connecting flight from Quito to Loja, and had to take a flight to Cuenca instead, which was followed by a three hour drive to Loja. We finally reached Loja at gone midnight, more than 30 hours after leaving London.

Our late arrival didn’t stop the early start the following morning, before a nine hour drive to Cazaderos. However this leg of the journey was far from being a chore. The landscape was simply stunning and Pedro Paladines and Juan Carlos Valarezo, employees of NCEcuador who acted as our guides, were full of knowledge and so willing to share what they knew of the land with us.

As we continued our journey, the habitat destruction became clearly visible, with Pedro pointing out the massive plots of land destroyed on the mountainsides; corn farming is the main cause of forest clearance in this region. After such a full day we were pleased to reach our final destination, Cazaderos, but by then night had fallen. 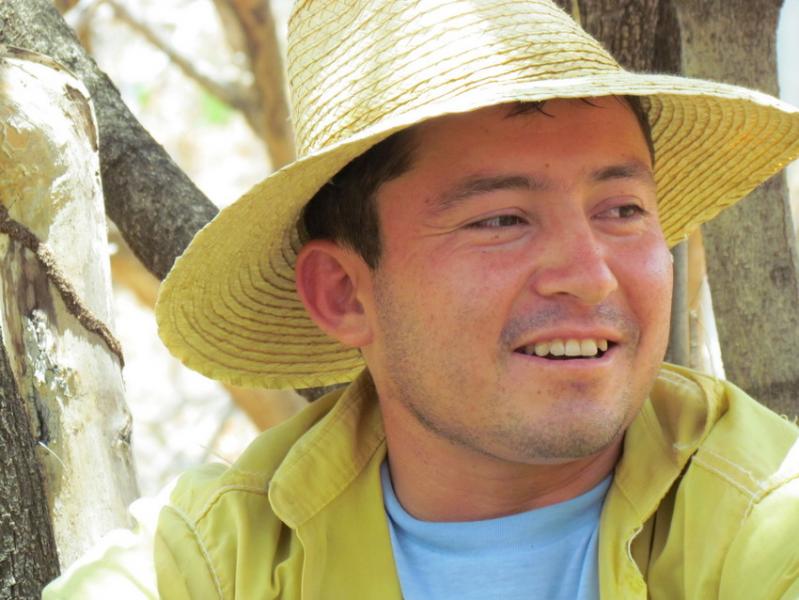 CCF has been supporting the employment of Ranger Guilbert Olaya since 2013. © NCEcuador.

We woke to a plentiful breakfast and finally met Guilbert, our host and the ranger supported by CCF through WLT’s Keepers of the Wild programme. He was kind enough to put us all up in his home so we could see for ourselves the amazing work he does.

Finally I could see Cazaderos in the light of day, a place that I had heard so much about. Instantly I could see why it is so important that this land is protected.

This area is home to the highest concentrations of endemic birds, 25 of which could be seen in the local area. After a brilliant morning of bird spotting we headed into the dry forest with Guilbert.

Cazaderos lies in dry Tumbesian forest. The forest in the reserve is in excellent condition due to its remoteness but much of the forest outside protected areas has been lost, with less than 5 per cent of the original forest remaining. The forest faces many threats. Clearing the vegetation for corn cultivation, illegal logging, hunting and cattle damage, all put the integrity of the forest at risk.

On the walk into the forest, we were able to see for ourselves the importance of the fences constructed by Guilbert. With the local communities Guilbert is working on better control of livestock, with the intention of limiting the damage to the forest for the benefit of the habitat and its wildlife.

In addition to the fencing, local farmers use an ingenious method to keep their pigs from straying into the forests. They attach a wooden collar to each pig with a stick coming directly up from the back. The pigs are free to wander but can’t enter the reserve through the fences as the collar makes it impossible.

Throughout the walk Guilbert pointed out evidence of illegal logging. It is very difficult to protect all the various corners of reserves and another one of his duties is to make regular patrols and act as a deterrent to illegal loggers. He emphasised the fact that without his patrols the extent of illegal activity would be much greater than it currently is. Ideally he would like more help.

As we went deeper into the forest, this unique dry forest showed us its beauty, from its endemic plant life to its wonderful small but brightly colourful frogs. We continued our trek in the hope of finding Mantled Howler Monkeys (Alouatta palliata).

And, then, in the extreme heat of the day we finally heard the call of the Mantled Howler Monkey. We made it into a clearing, and the early morning start and the five hour trek quickly became distant memories. Above us was a family of Howler Monkeys. We watched these magnificent animals for an hour and it was truly inspiring to watch them in their natural habitat. Reluctantly we had to leave them to head back before dark. It was an unforgettable experience in an extraordinary forest.

Lisa Britton is the Primate Supervisor at Chessington World of Adventures Resort.

CCF’s support first started with a donation of funds to purchase an area of land the same size as Chessington World of Adventures Resort (128 acres). Following this CCF has provided two years’ funding to support a ranger, Guilbert Olaya, through WLT’s Keepers of the Wild programme.

More about World Land Trust’s support for conservation in Ecuador »