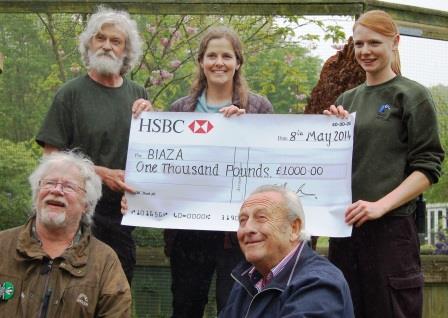 Thanks to the generosity of its visitors, Beale Park has donated £1,000 to BIAZA Buy an Acre, a campaign to raise funds to purchase and protect land in Mexico’s Sierra Gorda.

BIAZA Buy an Acre is managed by World Land Trust (WLT) in partnership with the British and Irish Association of Zoos and Aquariums (BIAZA).

An active member of BIAZA since 2008, Beale Park has been a regular and generous donor to World Land Trust since 2010.

Beale Park raises funds for conservation from its visitors through the Feed for Conservation initiative, which encourages visitors to purchase seed to feed the waterfowl for a 20p donation, from bird feeders located in the park.

Dave Coles, Park Curator, describes Beale Park’s commitment to conservation: “We currently manage seven initiatives in-house, but support many others by contributing with a combination of practical support and funding; enabling us to extend our conservation drive to encompass a wider variety of wildlife on a local and international scale.”

Kelly Jacobs is WLT’s BIAZA Buy an Acre Project Manager. She said: “Beale Park is a loyal supporter of World Land Trust’s partnership projects with BIAZA. Beale Park’s recent generous donation of £1,000 has been very helpful in enabling BIAZA to meet a first phase target of £10,000 target to purchase and protect 100 acres of forest in Mexico’s Sierra Gorda.”

Beale Park was formed more than 50 years ago by Gilbert Beale. Originally a private farm, in 1956 the 350 acre, Thames-side park was converted into a charitable trust and swiftly gained a reputation for its extensive collection of Indian Peafowl (Pavo cristatus).

A little over a decade later, by the time of Gilbert’s death, aged 99, in 1967, there were more than 300 peafowl on site. His favourite, a peahen called Laura, followed him everywhere and even rode around the estate in his Rolls Royce.

Since then the park has been under the stewardship of Gilbert’s great nephew, Richard Howard, together with a dedicated team of staff, some of whom have been associated with the park for nearly 40 years. Today Beale Park specialises in captive breeding of rare birds and mammals in a beautiful and tranquil setting bordering the river Thames just outside Pangbourne, Berkshire.

Earlier in the year Beale Park provided the venue for a film shoot of Bill Oddie, TV personality and WLT Council member. The film was used to launch BIAZA’s Love Your Zoo campaign 2014. 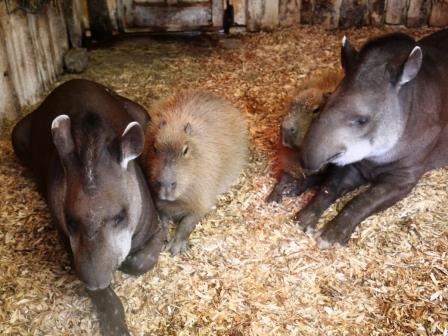 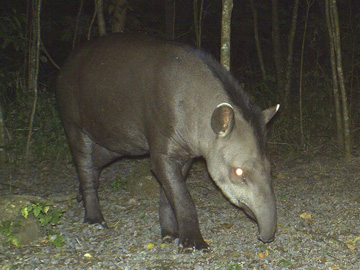 Blackpool Zoo has made a donation of £1,000 to support the 2015 fundraising campaign of the British and Irish Association …