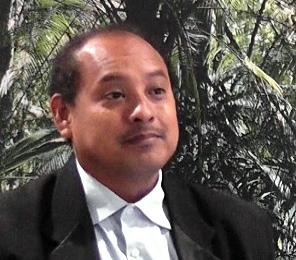 After 25 years, both organisations can look back on a quarter century of conservation success and an enduring partnership.

Edilberto Romero is Managing Director of Programme for Belize. During WLT’s 25th Anniversary Partners Symposium in May 2014 he reflected on PfB’s achievements and the role the alliance with WLT has played in PfB’s success.

The reserve is home to 130 species of birds, 70 species of mammals (including 15 endangered species) and 200 species of trees. In addition Rio Bravo is home to Belize’s highest population density of Jaguars, and rare species such as the Ocellated Turkey are returning to the protected area.

In reviewing PfB’s conservation success, Edilberto comments: “It essentially demonstrates that the work is paying, is giving results, that we are protecting these species and that the numbers are increasing.”

However, despite PfB’s success, deforestation on the borders of the reserve is putting pressure on the conservation area.

Edilberto explains: “Over the 25 years that we have been working we have seen deforestation closing in on us. It has reached all the way to our border. So we need to ensure that we have adequate funding for protecting and monitoring the site. We need to make sure that we also maintain connectivity with other sites, so that species like the Jaguars are not trapped within our area but are free to move within the other protected areas in Belize and the other protected areas in Guatemala and Mexico.”

WLT provides ongoing support to PfB with funding for a wildlife ranger. Please help keep Rio Bravo safe by donating to Keepers of the Wild.