Brazil: it’s not all about football SEARCH NEWS 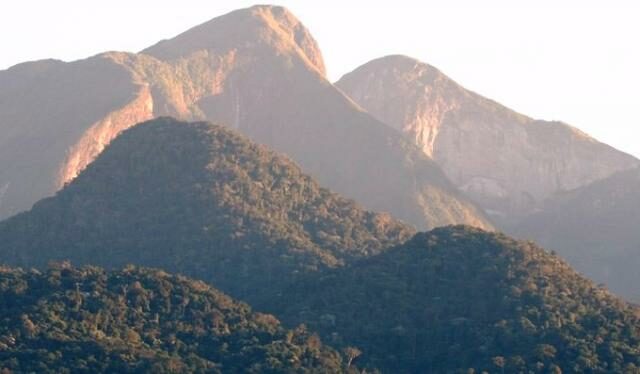 In the run up to the football World Cup, the BBC has made valiant attempts to offer diverse media coverage of Brazil. Christina Ballinger considers how recent programmes shine a light on conservation in one of the world’s most rapidly developing countries.

First up is Amazon Abyss. Documentary filmmaker Mike de Gruy and naturalist Kate Humble have been leading an international team of scientists and divers in a search to discover new species in the Amazon River. Running across seven weeks, this style of programme appeals to a certain type of BBC viewer (the Springwatch brigade). It’s great stuff, it’s proper science and, let’s face it, it preaches to the converted.

Then there’s I Bought a Rainforest, a three part series in which Charlie Hamilton-James struggles with the ramifications of buying a piece of rainforest in Peru. (Should he evict the tenants? Should he build a fence? How will he protect his land? Whose land is it anyway?)

I Bought a Rainforest is a documentary that clearly relates to the work of World Land Trust (WLT). Buying rainforest is what WLT does – although the route taken by Charlie Hamilton-James couldn’t be further from that taken by WLT.

WLT’s land purchase philosophy and methodology has been honed over 25 years. WLT’s approach to conservation is based on partnership and local ownership. WLT doesn’t own land, rather it raises funds to purchase land, the title of which rests with a tried and trusted, local NGO.

Charlie Hamilton-James, on the other hand, plunges in, aptly demonstrating why singlehandedly buying a piece of tropical forest in Peru is perhaps not the best approach to conservation. For all its flaws, I Bought a Rainforest has reached an audience beyond committed conservationists, and is stirring up some useful debate. WLT has received a number of enquiries on the back of the programme, mostly asking the question: Can you please tell me whether you buy land in Peru in the Manu rainforest? I want to save my own piece of rainforest how can I do that?

And then there’s David Beckham on his road trip through the Amazon. David Beckham Into the Unknown didn’t set out to show the footballing superstar as a would-be conservationist, rather it showed him outside his comfort zone, wild camping in the Amazon and visiting an indigenous community – and finding a few insights along the way.

On his visit to the Yanomami community, the film recorded the indigenous people’s response to a proposed road through the rainforest. Quite simply they didn’t want it: they recognised that it would sound the death knell to their way of life. This sequence called to mind a brilliant animation released last year, showing just exactly how one road through a forest can cause a domino effect, transforming a remote wilderness into an area ripe for development.

The film won’t have done brand Beckham any harm (understatement) and it undoubtedly reached a huge audience far in excess of those who already know and care about conservation. It may even have won over some of the Springwatch regulars for one night only as the two programmes went back to back on the schedule.

In the real world, few of us will ever have the chance to join a scientific expedition to the Amazon, to buy 100 acres in Peru or to ride a Triumph motorbike along dirt tracks through the rainforest. But supporters of World Land Trust can rest assured that their donations are steadily protecting tropical forests acre by acre, respecting the needs of indigenous peoples and enabling scientific research.

Since its founding in 1989 WLT’s Buy an Acre fund has enabled the acquisition of half a million acres of rainforest, tropical forest and other threatened habitat. Since 2005, WLT has been supporting conservation in Brazil, in the Atlantic forest, a habitat no less diverse than the Amazon rainforest, but rather less well known. In Argentina and Paraguay WLT supports conservation projects that recognise indigenous community in terms of their right to own and co-manage land rich in biodiversity. And later in the year, WLT is lending its support to a research expedition to the Dry Chaco of Paraguay, which will undoubtedly reveal species new to science.

Here at WLT we are not immune to World Cup fever. The WLT staff sweepstake is underway and when we’re not rooting for England we shall be cheering on Iran (the cheetah team shirt is a conservation message in itself). But before football frenzy finally takes us all over, let’s enjoy the opportunity to reflect on the intrinsic value of remote corners of the world where global celebrities and international sporting contests hold no meaning whatsoever. And let’s make sure we protect these precious places from the rising tide of development and urbanisation.

Later in June WLT will be launching a summer fundraising campaign to raise donations for Buy an Acre to purchase threatened habitat in Bolivia, Colombia, Ecuador and Mexico. By supporting our summer campaign, you can help make sure we protect threatened habitats for future generations.

The Atlantic forest covers parts of Argentina, Brazil and Paraguay. It suffers from relentless habitat destruction as huge areas with massive trees are logged for timber and to make way for monoculture plantations, cattle pastures and urban developments. In Brazil WLT works with partner organisation Reserva Ecológica de Guapi Assu to protect a remaining fragment of Atlantic forest. You can support conservation in Guapi Assu by donating to Keepers of the Wild.