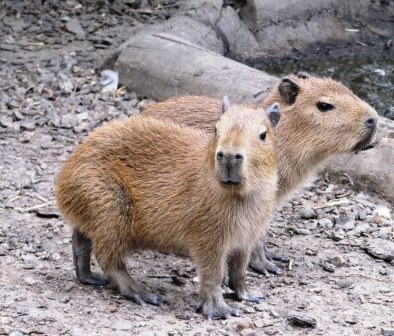 Zoos and aquariums are successfully raising awareness of the value of biodiversity, according to the preliminary findings of an international visitor survey. The study also found that visitors come away with an understanding of practical ways to conserve biodiversity.

According to the report: “This empirical evidence supports what we have long asserted and believed – that zoos and aquariums can be powerful catalysts for developing a conservation ethic among our huge and growing global audience.”

The findings are drawn from a survey of visitors to 30 zoos and aquariums across the world. The study, which began in 2012, is being carried out under the auspices of the World Association of Zoos and Aquariums (WAZA) in collaboration with researchers at Chester Zoo and the University of Warwick. The survey will continue until 2015.

The preliminary report, entitled A Global Evaluation of Biodiversity Literacy in Zoo and Aquarium Visitors, found that “…both biodiversity understanding and knowledge of actions to help protect biodiversity in survey respondents increased during a visit to a zoo or aquarium.”

Zoos have been the subject of heated debate based on the fact that they are founded on the principle of keeping animals out of their native environments. But, whatever your views on zoos, the WAZA report clearly illustrates that zoos have an important role to play in educating visitors about the value of biodiversity. In some cases they give people their first and possibly only sight of live wild animals, and they raise valuable funds for conservation from visiting members of the public.

While the age old concept of ‘keeping animals in cages’ is something that many forward-thinking zoos are trying to move away from, essentially the reason why large numbers of people today visit zoos is to see, hear and smell animals that they may never see in the wild.

World Land Trust (WLT) has been offering zoos and aquariums the opportunity to support in situ conservation via WLT’s Wild Spaces programme and an ongoing partnership with the British and Irish Association of Zoos and Aquariums (BIAZA) since 2006.

“We are delighted to hear that there is now firm evidence that zoos and aquariums are communicating the message to their visitors that biodiversity is important and needs conserving,” said Kelly Jacobs, who manages the Wild Spaces programme for WLT.

Miranda Stevenson is a WLT Trustee and a former Chief Executive of BIAZA. She commented: “Zoos and aquariums have a unique opportunity to increase the awareness of their millions of visitors as to how the actions of each individual can help conserve the planet and its wildlife. The findings of this study demonstrate that this communication is working, and the report underlines the value of the conservation work carried out by zoos and aquariums.”

Earlier in 2014 WLT and BIAZA launched BIAZA Buy an Acre to raise funds to purchase and protect land of high conservation value in Mexico’s Sierra Gorda.

A Global Evaluation of Biodiversity Literacy in Zoo and Aquarium Visitors: view the report online »
For a balanced discussion of the rights and wrongs of keeping animals in captivity see an article by Jeremy Hance on mongabay: The quiet zoo revolution »
BIAZA’s Love Your Zoo week 2014 runs from 24 – 31 May. More information »
Love your zoo! says Bill Oddie »
BIAZA Buy an Acre links en-situ and in-situ conservation »