What constitutes ‘free, prior and informed consent’? SEARCH NEWS 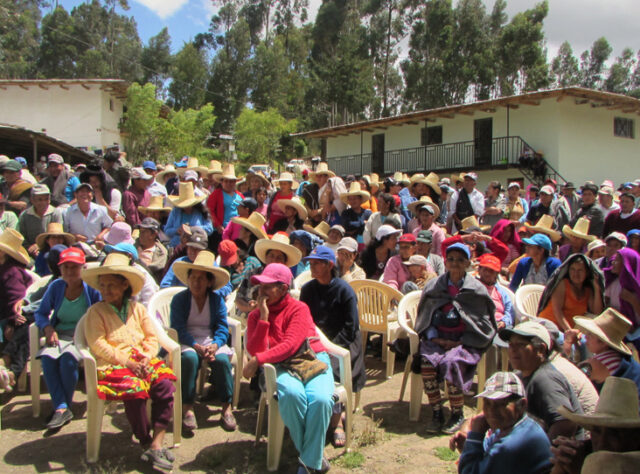 Anyone working with indigenous communities on wildlife conservation projects will be familiar with the concept of ‘free, prior and informed consent’.

As to what constitutes free, prior and informed consent, most NGOs broadly go along with the explanation given on the website of the Forest Peoples Programme (FPP). According to FPP, free, prior and informed consent (FPIC) is the principle that a community has the right to give or withhold its consent to proposed projects that may affect the lands they customarily own, occupy or otherwise use.

FPIC, for years advanced by FPP, is now a key principle in international law and jurisprudence related to indigenous peoples. But, despite trawling the internet, nowhere can I find out who in the indigenous community is empowered to make such a decision. Or what proportion of a community has to agree with the decision.

So how, in practice, does one get free, prior and informed consent from a community or group of people for a particular project?

In the developed, western world, it is generally assumed that a democratic process is the right way of establishing the informed opinion of a community.

But democracy is only one way of deciding on issues. And democracy is very rare, if not non- existent in indigenous communities, many of which can be extremely authoritarian. This means that women may have little or no say in issues affecting the community, or a small group of (usually male) elders make all decisions. This decision making may be the ‘traditional practice’ – and when dealing with indigenous communities, respect for traditional practices is another important tenet, albeit one that begs a number of questions – but is this truly, free, prior and informed consent?

Even within democratic nations, there are differing levels of democracy. Many issues are decided by a first-past-the-post, based on a simple majority. This of course means that someone with 51 per cent of the votes cast wins. This also means that in most cases the majority of a given population or community did not vote for that person (because nowhere near 100 per cent of a population turn out to vote unless it is compulsory). And in some cases elections are based on the winner getting 60 per cent of a vote, or 75 per cent or some other arbitrary percentage. And they can still be elected by a minority of the voters.

Suggest building a new supermarket in a small town in England, and see what happens. Some of the local community will be up in arms opposing it, while others will just as actively welcome it. Theoretically such a project might need the free, prior and informed consent of the relevant community. But (a) being fully and adequately informed is often very difficult, even if you want to be (and many people don’t want to), and (b) who gives that consent? Is it the mayor, or some other representative, or is it the people themselves, and if the latter, what proportion have to agree, and does there have to be a universal franchise?

Meanwhile, not everyone agrees with the way that FPIC is presented, not least the World Bank according to an article in Sustainable Development Law & Policy.

My personal view is that when dealing with indigenous communities, particularly those with very little contact with the rest of the world, and little or no access to western-style education, it is almost always impossible for them to give informed consent, since they lack the ability to fully access information needed to give that consent.

This means that FPIC is often exploited to fulfil the agendas of social NGOs and missionaries as well as developers (and conservationists). However, in my experience in recent years, the objectives of many conservation groups and indigenous communities are more closely aligned than in the past, and provided both sides are prepared to negotiate and compromise, solutions that benefit both parties can be found.