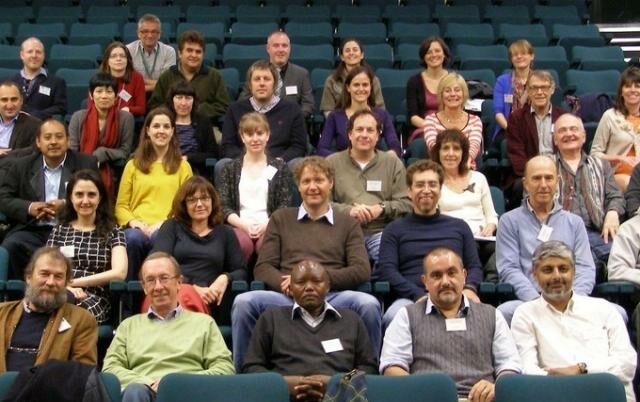 The views were expressed during WLT’s 25th Anniversary Partners Symposium at the Royal Botanic Gardens, Kew, in May 2014.

During the symposium, WLT’s partners expressed their willingness to work more closely together to further their common conservation objectives.

They responded positively to WLT’s proposal to coordinate an international project to disseminate technical information and good practice in forest conservation. They also welcomed the idea of an online platform, hosted by WLT, as a channel for information exchange between parties and as a means to consolidate the partner network.

The concept of the partner relationship has been a core principle of World Land Trust since its founding 25 years ago. Strong partnerships are essential to the success of the projects funded by WLT, which relies on sound, knowledgeable and established local NGOs to deliver successful conservation.

John Burton, WLT Chief Executive commented: “Partner symposia add real value to the work of World Land Trust. They are a source of strength and mutual support in the face of great conservation challenges. These regular gatherings of WLT’s partners reinforce the strong collaborations which we have nurtured and developed through the implementation of successful conservation programmes.”

David Wright, WLT’s Head of Programmes, helped coordinate the symposium. “It is our partners that are doing the real work of conserving habitats and saving species, and it is our job at WLT to facilitate and support that process with funding and technical expertise.  Through strengthening our alliance with conservation partners around the globe, WLT can continue to further its conservation impact,” he said.

Discussions at the symposium also focused on ways to attract further funds for conservation – other than donor driven financing and philanthropy – in order to help address the global deficit of funding available for conservation.

The symposium highlighted examples of conservation projects that raise income through payments for ecosystem services. Renzo Paladines, Programme Coordinator for Naturaleza y Cultura Ecuador (NCEcuador), gave an inspiring presentation about FORAGUA. This is a project managed by NCEcuador and regional municipalities that earns income for conservation and watershed management via a levy on water users.

In Vietnam, Viet Nature Conservation Centre has taken a different approach to forest conservation. Pham Tuan Anh, Head of Conservation & Sustainable Development, described why REDD+ was not financially feasible in Khe Nuoc Trong forest in north central Vietnam, where the level of forest degradation is severe.

Working with the private sector

Participants debated the risks and opportunities of working strategically with the private sector to mitigate, and offset, explicit impacts on biodiversity and ecosystem services.

In Colombia, areas of high levels of endemism are in the coffee producing regions, so work with small coffee producers is crucial if biodiversity is to be protected.

Luis Felipe Barrera, Director of Conservation at Fundación ProAves, described how the NGO works with coffee producers to encourage shade grown coffee and to maintain wildlife corridors between conservation areas.

Within the ‘conservation economy’ there are opportunities to earn a living through forestry and ecotourism, and with ProAves’s support coffee growers have started to move away from coffee production as their sole source of income.

Ruben Khatchatryan, Executive Director of the Foundation for the Preservation of Wildlife and Cultural Assets (FPWC) in Armenia, described a positive reciprocal relationship with VivaCell / MTS.

On the one hand VivaCell provides financial support for conservation, while on the other hand FPWC has been able to influence VivaCell’s energy policy, which is now more environmentally friendly.

In many cases private sector operations can be attuned to conservation, but not always. Paul Matiku, Director of Nature Kenya, argued that sometimes conservationists have to fight to keep out the private sector.

He described a proposal, backed by a private firm and the Kenyan government, to turn the Tana River area over to sugarcane and rice production. Eventually Nature Kenya successfully sued government agencies and the government has now assigned 84,000 acres (34,000 hectares) as community forest reserves.

Workshops at the symposium highlighted other ways in which participants can diversify their income streams.

One, led by Jarrod Kyte of Steppes Travel, discussed best practice in linking conservation with hospitality and ecotourism.

The other, led by Dan Bradbury, WLT’s Head of Digital Communications, focused on using digital media and social networking as a means to raise funds and to engage with supporters.