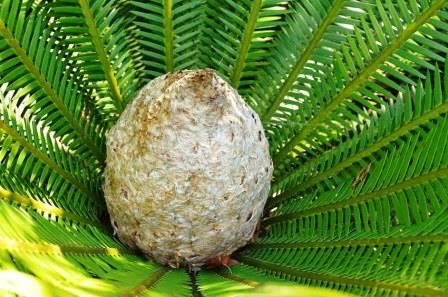 World Land Trust (WLT) has saved an important property that has long been a priority for purchase by Grupo Ecológico Sierra Gorda (GESG), WLT’s conservation partner in Mexico.

The property in Mexico’s Sierra Gorda measures 435 acres (176 hectares) and will extend Las Arenitas, a reserve created with funds from WLT in 2007, in partnership with IUCN National Committee of the Netherlands.

The purchase was coordinated by Roberto Pedraza, GESG’s Technical Director. Roberto first heard in 2013 that the property might be coming on to the market, and in February 2014 he contacted WLT to say that the owners had decided to sell.

Roberto is delighted that WLT has agreed to fund the purchase: “Thanks for the great news. That property has long been a goal, as it is old growth forest in excellent shape, bordering Las Arenitas. What a reliable, solid partner World Land Trust is!”

Sierra Gorda is home to all six species of wild cat found in Mexico and Las Arenitas lies in an area of the mountain range that is known to be a ‘Jaguar corridor’.

During a recent routine visit to repair fences on the southern border of Las Arenitas, Roberto came across a fresh Jaguar kill. “We were wandering through the bush when we come to an open area where we found fresh Jaguar tracks, at most one day old. We’ve found them before but it’s always nice to find new ones.”

But nicer still, close by was a happy meeting of about 50 Turkey Vultures (Cathartes aura), busily diving in the forest. They were snacking on the remains of the Jaguar’s kill. “We were quite sure he was nearby taking care of his lunch. Quite exciting to think he was going to come back for another meal,” Roberto recalls. “It is good to see close up that the reserves are working as they are intended to, and offering human-free spaces for wildlife.”

The reserve is important for rare cycads. Among those on the reserve are Chestnut Dioon (Dioon edule) (Near Threatened), Zamia fischeri (Endangered), Ceratozamia mexicana (Vulnerable) and Ceratozamia hildae (Endangered). Slow growing plants that can live for up to 1,000 years, cycads are at risk from grazing livestock, illegal plant gatherers and habitat destruction.

The reserve is also home to Red-crowned Parrots (Amazona viridigenalis). Leonel, one of two GESG rangers supported by WLT’s Keepers of the Wild appeal, has recently recorded a pair nesting in an old oak in the reserve. The species is endemic to Mexico and registered as Endangered on the IUCN Red list. Leonel has seen several other Red-crowned Parrots in the reserve, which is an excellent sign.

“The risk of degradation was real as cattle ranching is still a widespread activity, supported by different government agencies and a cultural thing to do,” explained Roberto. “Cattle ranching involves clearing forest, and forest fires, so every acre protected from the pressure of humans and livestock counts.”

WLT has been raising funds to purchase land of conservation value ever since the charity was founded in 1989. In 25 years, WLT has saved nearly half a million acres and continues to save threatened habitats across the world, step by step, acre by acre. Please help us create new reserves or extend existing ones in Bolivia, Colombia, Ecuador and Mexico by donating to Buy an Acre.