Gazetting land in Borneo is a guarantee of protection SEARCH NEWS 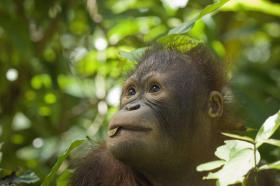 While fundraising continues for World Land Trust’s (WLT) current Borneo Rainforest Appeal, we can report that land purchased in 2009 with funds from WLT will be gazetted as part of the Lower Kinabatangan Wildlife Sanctuary (LKWS) in Sabah, Malaysian Borneo.

The land titles of 10 properties, the largest of which WLT helped to fund, have been handed to Sabah Wildlife Department (SWD) by WLT partner LEAP Spiral. The properties gazetted will help to form various natural forest corridors for Bornean Pygmy Elephants, Orang-utan and other wildlife pushed into pockets of protected areas and cut off by agricultural estates and settlements.

Funds to buy the properties were raised by LEAP and its partners including WLT. Donations to WLT’s 2008/09 Borneo Rainforest Appeal leveraged the purchase of the largest land parcel – measuring 222 acres (89.8 hectares) – from a palm oil company close to Kampung Bilit. In an unprecedented alliance, the Sabah State Government showed strong support for the project and even met a shortfall in the cost of the land after initial negotiations were unsuccessful.

If the land had not been saved for conservation, and had the 222 acre forest been cleared for agriculture, there would have been a bottleneck for wildlife accessing the Kinabatangan River from Lot 3 of LKWS.

“Gazetting land into the wildlife sanctuary is the best long term option to ensure that it is protected in perpetuity.”
(Mary McEvoy, WLT Conservation Manager)

As is the case with the Keruak Corridor, the subject of WLT’s current Borneo Rainforest Appeal, saving riverine habitat creates a lifeline for wildlife in this region.

Saving the 222 acres and gazetting it in to Lot 3 of LKWS protects a vital corridor for wildlife, particularly elephants, and saved a large area of rainforest habitat from certain destruction.

“Gazetting land into the wildlife sanctuary is the best long term option to ensure that it is protected in perpetuity,” said Mary McEvoy, WLT’s Conservation Programmes Manager, “and we are very pleased that the land WLT helped purchase in 2009 will now be handed over to Sabah Wildlife Department for the long term, dedicated protection that only SWD can provide.”

Help us raise one million pounds for the Keruak Corridor

Lying along the north bank of the Kinabatangan River, the Keruak Corridor is made up of 26 properties that link two existing forest reserves. In 2013, in partnership with Hutan, our other conservation partner in Malaysia, WLT set out to raise one million pounds to buy properties in the corridor. The total raised so far is almost £900,000, and the million pound target is in sight.

As with previous land purchases in Sabah, in order to safeguard the Keruak Corridor in the long term, Hutan and the Sabah Wildlife Department intend to have the corridor officially gazetted into Lot 2 of the Lower Kinabatangan Wildlife Sanctuary, once all the properties in the corridor are secure.

Gazetting will ensure the long term protection of the area in the future as the Sabah state government is committed to the protection of the state’s wildlife sanctuaries, national parks and other protected forest areas, which are home to so many charismatic species of wildlife.

Tourism is worth more than £1billion per year to Sabah and protecting one of the state’s most valuable destinations – Lower Kinabatangan – makes good economic sense.

“State government partners in Sabah have been extremely supportive of the Keruak Corridor conservation initiative and have offered in-kind support to help ensure that the purchase phase is successful and that the corridor is gazetted as soon as possible once the whole corridor is secured,” said Mary.

The land titles of the properties, including the 222 acre property funded by WLT, were handed over at the Heart of Borneo conference in November 2013.

Please help WLT reach its one million pound target for the Borneo Rainforest Appeal by making a donation today. 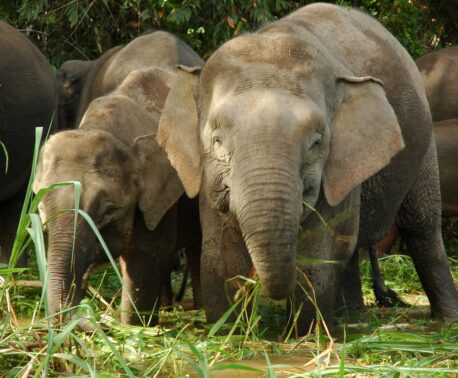 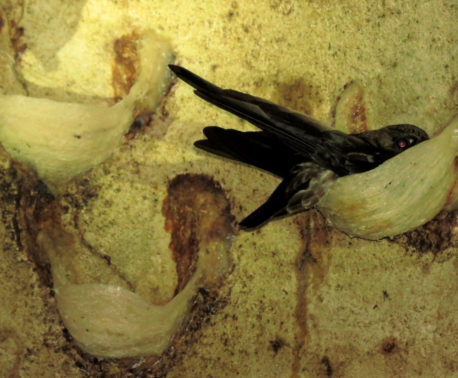