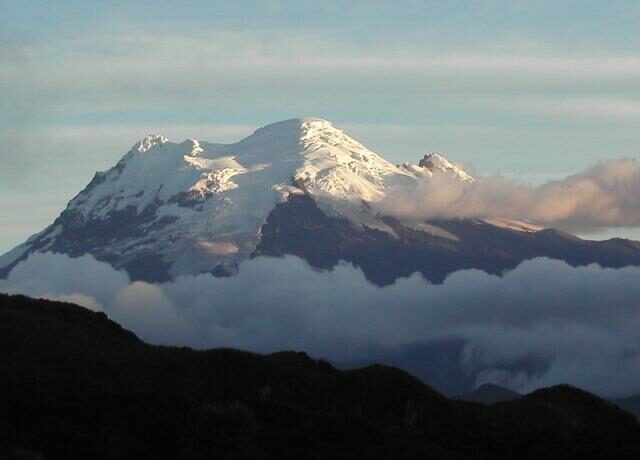 A stronghold of Andean Condors is now safe, following the purchase of Hacienda Antisanilla, a property measuring 7,000 acres (2,833 hectares) on the western slopes of the Antisana Volcano in central Ecuador.

Hacienda Antisanilla has been managed since September 2013 by Fundación Jocotoco, one of World Land Trust‘s (WLT) four conservation partners in Ecuador. On 23 January 2014 the purchase documents were finally signed turning the property into the Antisanilla Biological Reserve. An inauguration ceremony took place on 26 February 2014.

“The most important nesting and roosting area of Andean condors in Ecuador and the northern part of South America is protected,” said Rocío Merino, Executive Director of FJ, which now owns the property. “These sites have been declared an Andean Condor Sanctuary by the Municipality, and this Reserve is going to preserve this important natural heritage that will strengthen our identity.”

Hacienda Antisanilla is contiguous with Hacienda Sunfuhuaico, a property of some 6,000 acres (2,500 hectares), which was purchased by FJ three years ago. The two properties now form an area of some 12,000 acres (5,000 hectares) of protected páramo.

Save haven for Andean Condors

Hacienda Antisanilla lies at the edge of the Greater Antisana area, one of the largest wilderness areas in Ecuador. The property is part of the buffer area surrounding the Antisana Ecological Reserve, a spectacular area of high-altitude forests and páramo grasslands measuring 350,000 acres (141,645 hectares).

As many as 30 Andean Condors nest and roost on the cliffs at Antisanilla. This is more than 50 per cent of the total number of condors in Ecuador, and represents the most significant population of Andean Condors north of southern Peru.

In 2013, a radio transmitter was successfully fitted to an Andean Condor named Felipe who was released back into the wild in Antisanilla. The satellite data being collected is proving valuable for developing and implementing conservation measures for the species.

Fundación Jocotoco has also been monitoring a breeding pair of condors that were nesting inside Antisanilla, and captured photographs of their condor chick on its first outing. Since that picture was taken, there are reports that the juvenile is flying very well, another conservation success story.

The purchase of Hacienda Antisanilla was made possible thanks to the concerted efforts of a range of organisations.

WLT has supported Fundación Jocotoco since 2000 with grants towards land purchase, habitat restoration, and with funding from WLT’s Keepers of the Wild programme.

You can support FJ’s ongoing protection measures for Andean Condors with a donation to WLT’s Keepers of the Wild programme.