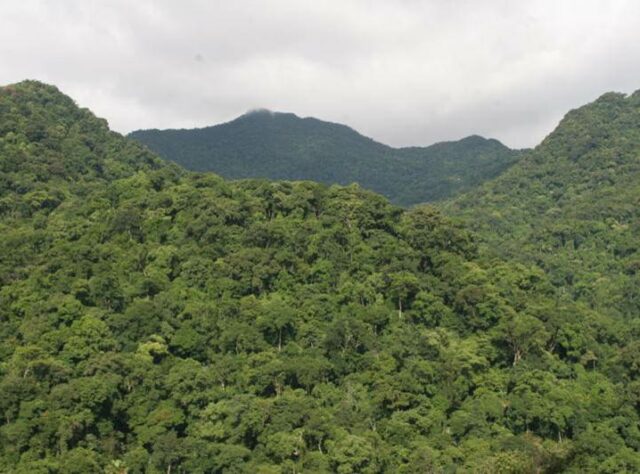 For nearly a decade WLT has been delivering Carbon Balanced, a programme that gives individuals and companies the opportunity to counteract their unavoidable contribution to global warming.

The programme has proved highly effective in conservation terms: 3,700 acres of forest in eight key sites in Ecuador have been protected, and the carbon they store has been locked away permanently.

In a recent new development, WLT is working in partnership with Vietnam Nature Conservation Centre (Viet Nature) on a Carbon Balanced project in Khe Nuoc Trong (north central Vietnam), where the natural forest is subject to wide scale degradation from illegal logging.

Conservation measures to protect and regenerate the forest of Khe Nuoc Trong from its present damaged state will sequester an estimated 50,000 tonnes of the greenhouse gas carbon dioxide (CO2) per year for the next 30 years. This makes the area a prime site for voluntary offsetting by WLT supporters through the Carbon Balanced programme.

“We all know something needs doing. Governments are taking too long about it and individuals need a way to do something credible in the meantime to reduce their own contribution to the problem of global warming,” argues Roger Wilson, WLT’s Senior Conservationist: Special Projects Development.

National and international proposals to deal with global warming promise to disrupt our economy – and this makes climate change an unpopular subject for politicians. Deep rooted economic interests are at stake and, while climate change demands a global consensus and response, there are powerful reasons to prevaricate.

So much for the international response (or lack of) but what about voluntary action? Here the fear of false or overblown claims has led to independently audited systems that ensure that actions on the ground really do reduce greenhouse gas emissions. These projects also validate their credentials in terms of positive benefits for communities, natural habitats and wildlife.

“This is all well and good but, in practice, the certification requirements of independently audited systems are elaborate, take several years to implement and cost millions,” says Roger who helped design and implement WLT’s reforestation project in Paraguay, which has been independently audited under Climate, Community & Biodiversity Alliance (CCBA) and the Verified Carbon (VCS) standards. “Moreover, this kind of action must be at a landscape scale, which means it is usually only affordable to multinational companies.”

Furthermore, because of their sheer scale, these large projects can be difficult for WLT’s overseas conservation partners to integrate into their operations.

So what, if any, are the options for individuals and small to medium sized enterprises?

Each offset is individually assigned to a project site so the contributor knows where their offsets are made. Legal safeguards permanently protect the offset site and the amount of emissions that forest clearance would release are conservatively estimated, with a safety margin of usually 50 per cent.

WLT’s Carbon Balanced programme is tried, trusted and transparent. The programme enables individuals and companies to offset their CO2 emissions while conserving some of the world’s most endangered species and habitats.

Carbon Balanced offsetting with WLT is affordable and achievable over a relatively short timeframe. In addition, the projects are tailored to the capacities of WLT’s conservation partners. And, importantly, WLT applies to the Carbon Balanced projects the same principles required by its fully certified projects.